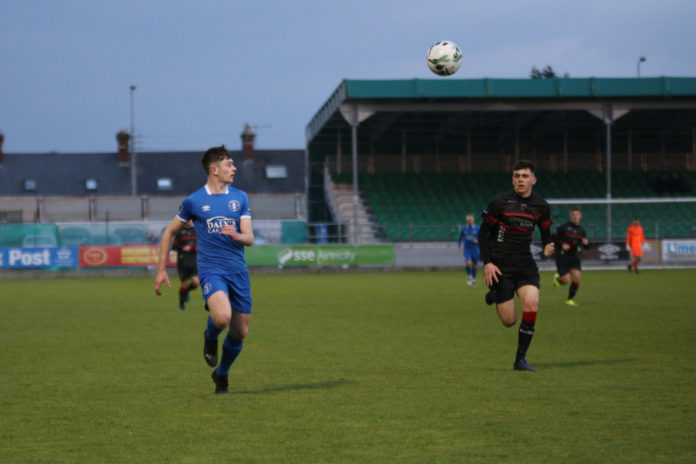 Limerick FC picked up a point in Ferrycarrig Park following a 0-0 draw with Wexford FC on Friday night. Limerick were missing top scorer Connor Ellis coming into the game and it showed as they struggled to break down their hosts.

In an opening with few chances Kieran Hanlon picked up possession on the edge of the box but blazed a shot over Corey Chambers crossbar. Darren Murphy also saw his effort travel over the crossbar.

The first big chance of the game fell to the home side when Danny Furlong’s knock down header was volleyed goalwards by former Limerick player Jack Doherty but the playmaker was thwarted by Jack Brady. As half time approached, Karl O’Sullivan headed onto the roof of the net from the visitors first corner.

Ten minutes into the second half, Wexford right winger John Peare saw his effort cleared off the line. The Shannonsiders responded as Hanlon forced a save from Chambers.

Following a scrappy period in the second half with plenty of substitutes including the return of Will Fitzgerald for Limerick, experienced campaigner Shane Tracy came close with a free-kick for Tommy Barrett’s men.

Despite pushing for a vital winner, Limerick were almost caught when Jack Doherty was played through but Brady saved to ensure the teams remained on level terms.

The result means that Barrett’s men remain in the play-offs ahead of Cabinteely on goal difference and are one point clear of Bray Wanderers.

The Airtricity League now enters a mid-season break and when Limerick return, they will face a huge few weeks with three home games against Shelbourne, Longford and Drogheda either side of an away game against Bray Wanderers. It will be a pivotal few weeks in Limerick’s play-off chase.