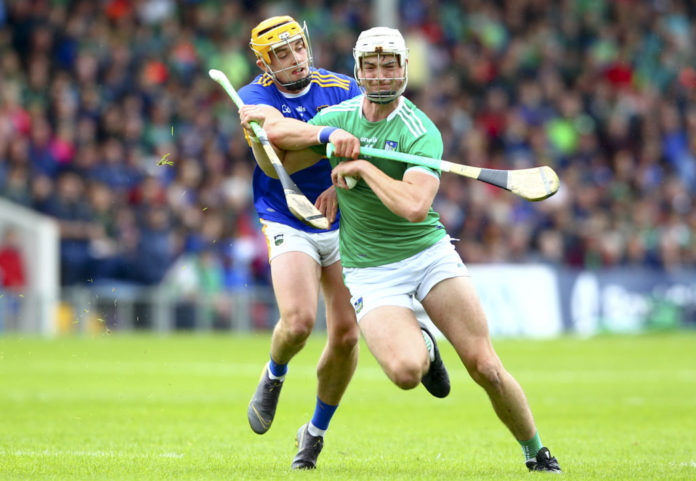 Limerick were defeated 1-22 to 0-21 by Tipperary in their final group game of the Munster championship yesterday.

However, results elsewhere saw Limerick qualify for the Munster Final for the first time since 2013 where they will once again face Tipperary.

Below I look at the main talking points to emerge from the Thurles clash.

After scoring 2-24 against Waterford and 1-28 against Clare
in back-to-back championship games heading to Thurles, the Limerick forward
unit looked sharp and ready for a similar scoring performance in Semple
Stadium.

As things panned out, Limerick would score just 0-21 as
Tipperary rarely looked like surrendering a lead they first secured within the
opening ten minutes. Tipperary closed down Limerick’s backs not allowing for
time to deliver into the Limerick forwards.

When they did manage to get free, there was not much offered up front by Kiely’s side. Positioned at the edge of the square, Aaron Gillane was a constant outlet for Limerick and accounted for 0-12 of his sides scores.

However, quality supply to the Patrickswell man was limited
with just two of his tally coming from play.

In total just four of the Limerick starting team got on the scoresheet, half the number as there was during the Clare outing.

Peter Casey and Seamus Flanagan made a number of runs in the
opening half but couldn’t hold onto possession as Tipperary swarmed on any
green jerseys.

In the half-forward line, Kyle Hayes worked tirelessly and
would have had two points had James Owens allowed advantage. Yet he was mainly
tasked with regaining possession from the Maher trio than actually gaining possession
from his own side.

Tom Morrissey chipped in with three points from play but was
largely anonymous otherwise as was Shane Dowling who struggled to make his
mark.

Regular starters Graeme Mulcahy and Gearoid Hegarty were
badly missed in Thurles as Limerick never got their game plan going.

Mulcahy’s introduction sparked Limerick somewhat into life
at the start of the second half before Seamus Callanan’s goal quietened the resistance.

As for Hegarty, he was resigned to the bench for the
duration, possibly to the give the St Patrick’s man a rest having been arguably
Limerick’s main man thus far this summer.

For the rematch in the Munster final, Limerick will need to
be more creative in their attacking play or else they will suffer a similar
fate.

What team John Kiely picks will be very intriguing.

For the second consecutive year, Limerick have lost their fourth
game in the Munster Hurling Championship.

For the second consecutive year, this game would be Limerick’s
third week on the trot something which John Kiely alluded to in his post-match
press conference.

As they did against Clare in Ennis last summer, Limerick looked tired and off the boil in Thurles.

The fluidity of their play was absent as was the crispness
of their stickwork which we have become so accustomed to.

While there was a number of changes made to the team in
order to freshen things up, Limerick struggled to replicate their previous
performances as the team looked out of sync.

Again, it was not for a want of trying as Limerick gave
their all in another attritional game.

However, Tipperary’s coolness in possession seemed to
fatigue Limerick as they spent portions of the game chasing shadows with Noel
McGrath conducting from deep.

Kiely’s game is heavily based on work rate and Limerick just
did not seem to have it in the legs to give it their all for another seventy
minutes against the form team in the country.

There is a chance to rectify this for Limerick however as they will have ample rest and recovery ahead of the rematch in the LIT Gaelic Grounds in the final.

Six finals in seven years for the minors

The result in the senior game allied with the fact that it
secured Limerick a place in the Muster final grabbed majority of the headlines
coming out of Thurles.

Yet, it should not be ignored that Diarmuid Mullins is after leading his minor side into the final undefeated as they picked up a second win on Sunday to go with their two draws from their four round-robin games.

The 2019 Munster minor final will be Limerick’s sixth in
seven years, an incredible record.

Although it is 2014 since Limerick last won the title, the
work of the underage academy cannot be underestimated.

Since Limerick won a first minor title since the 80’s in
2013, 2017 has been the only year they have not contested the minor tie on
Munster final day.

The turnover of players from those minor teams is staggering
and is clear when you look through the current set up.

From the current Limerick panel the players to have featured
for Limerick at minor level are shown below. *Players in italics if they appeared
on a previous minor team.

Overall, that is 20 players from John Kiely’s current crop
of 37 that have come through the minor ranks in the last seven seasons.

For those that will be heading to the Munster finals on June
30, get in early to see the future stars of Limerick hurling.