ALL-IRELAND winners Limerick and championship favourites Tipperary go head to head to decide the destination of the latest Munster SHC in front of an anticipated full house of 50,000 at the newly christened LIT Gaelic Grounds next Sunday (4pm).

Twelve months ago, the Shannonsider blew away their out-of-sorts rivals on day one of Championship 2018, a campaign that would triumphantly end with aptain Declan Hannon accepting the Liam Mac Carthy Cup after a yawning gap that had stretched all the way back to 1973.

The retention of the All-Ireland championship was never going to be an easy task and even with two defeats (Cork and Tipperary) Limerick still find themselves with a decent chance of closing a six year gap. It was in 2013, in front of a bumper crowd, that Donal O’Grady skippered Limerick to a stunning win over hotpots Cork.

“It’s something that I’d hate to say ‘I finished my career without a Munster medal.’ It’s definitely something I’d like to pick up and finish the collection. You can’t let your mind drift to that. It’s just game by game all the time with us,” he told Post Sport.

Added manager John Kiely:  “We’re there and there’s a huge prize at stake. It’s a place in the All-Ireland semi-final as well as a final but we’ll need to bring more to the table than we did two weeks ago. We will have to work on mistakes – too many dropped balls, too many missed tackles, but we’ll work on all that and be ready.”

Limerick’s starting selection is likely to mirror that which stunned Galway last August, with the likes of Gearoid Hegarty, Cian Lynch, Declan Hannon and Graeme Mulcahy all intended to make an immediate return having not made the cut in Thurles.

Almost certain of his jersey is half-back Paddy O’Loughlin of Kilmallock who has forced himself into serious reckoning.

Tipperary have been dealt a massive blow through the season-ending injury sustained by Patrick ‘Bomber’ Maher but in a collection of other Mahers, Noel McGrath, James Barry, John ‘Bubbles’ O’Dwyer, Jason Forde and goal-scoring threat Seamus Callanan there is talent aplenty in the Premier county. Niall O’Meara is also likely to be back to match fitness.

It’s evens your choice with the bookies, and it may well take another day to separate these finalists.

Limerick have won the championship on 19 previous occasions, compared to Tipp’s 42.

Unless there is a draw, Limerickman Billy Lenihan will present the cup to the winning captain on the steps of the Mick Mackey Stand in his capacity as Munster GAA Chairman. 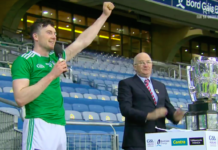 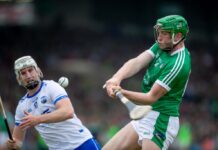 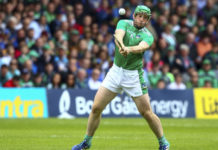 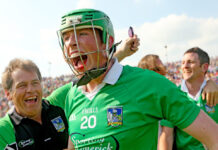