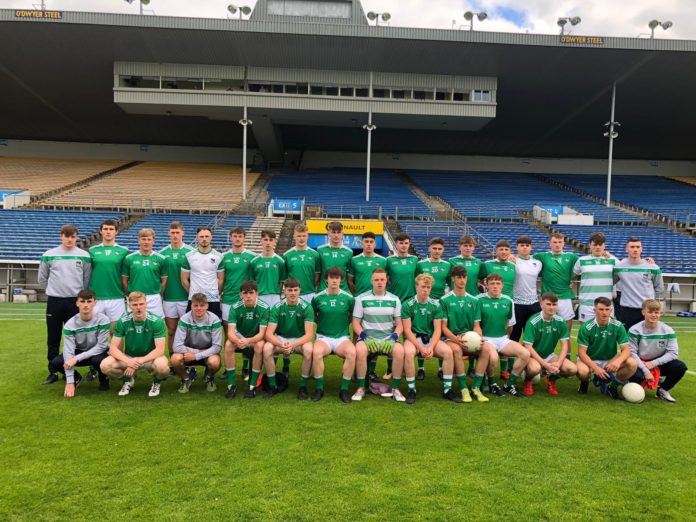 Limerick pulled off another shock in football circles with a 1-13 to 1-12 victory over Tipperary in the Munster U-20 Football Championship at Semple Stadium.

Trailling by eight points early in the second half, Limerick came back superbly to earn a one point win.

Jack Downey’s ’45 deep into injury time proved to be the winning score for Jerry O’Sullivan’s side.

Tipperary opened the scoring in the second minute when Sean O’Connor pointed a long range free after Oola’s Jack Downey was adjudged to have overcarried.

Well done tonight boys, great comeback, proud of everyone involved, as they say “It ain’t over till it’s over” 🇳🇬 pic.twitter.com/JA0AxR5g06

The Premier hit their straps early and points from Riain Quigley and Kevin Grogan had them 0-3 to 0-0 up after seven minutes.

Limerick also lost their full back Darragh Woulfe to a hand injury in this time but eventually grew into the game.

Noel Callnan got Limerick on the scoreboard in the seventh minute with a well taken point, before James Molyneaux put one between the teams with a superbly taken score from the left wing.

However, it was only a brief respite for Limerick as Tipperary three in a row to move 0-6 to 0-2 ahead after 15 minutes.

Sean O’Connor (2) and Conal Kennedy the scorers for Tom McGlinchey’s men, before Jack Downey stemmed the Tipperary tide with a free.

Callnan then had a glorious chance to level the game after good work from Dubhan O’Grady and Reuban McCarthy, but the St Kierans man fired wide with Molyneaux unmarked inside him.

Downey then put two between the sides once again with his second free of the game following an excellent O’Grady run.

Callnan then reduced the difference to the minimum with a fine individual score on 27 minutes, but it was Tipperary that went in 0-8 to 0-5 ahead thanks to two late points from Quigley.

That lead was at six points moments after the restart after a swift Tipperary attack saw Quigley in possession. He turned inside and fired low past Jamie Hickey.

That was the beginning of the end for Limerick as two points from O’Connor to follow up put Tipperary 1-10 to 0-5 up.

Limerick scored the next three points through two Hayes frees and a James Cummins effort from play to bring the Tipperary advantage back to five.

That was soon at two points when Callnan took on a couple of Tipperary defenders and fired an unstoppable shot into the top corner.

Callnan then followed up with his second point of the evening to leave Tipperary one point in front heading into the final 10 minutes.

A Quigley free put Tipperary two points clear and seemingly safe but a Hayes free and Molyneaux second point levelled the game fro the first time in the 57th minute.

Grogan put Tipperary in front heading into added time but substitute Niall McAuliffe looked to have forced extra time. However, Downey had other ideas and his late ’45 earned a superb win.

The post Downey sees Limerick to victory over Tipperary in Munster U-20 Football appeared first on Sporting Limerick.