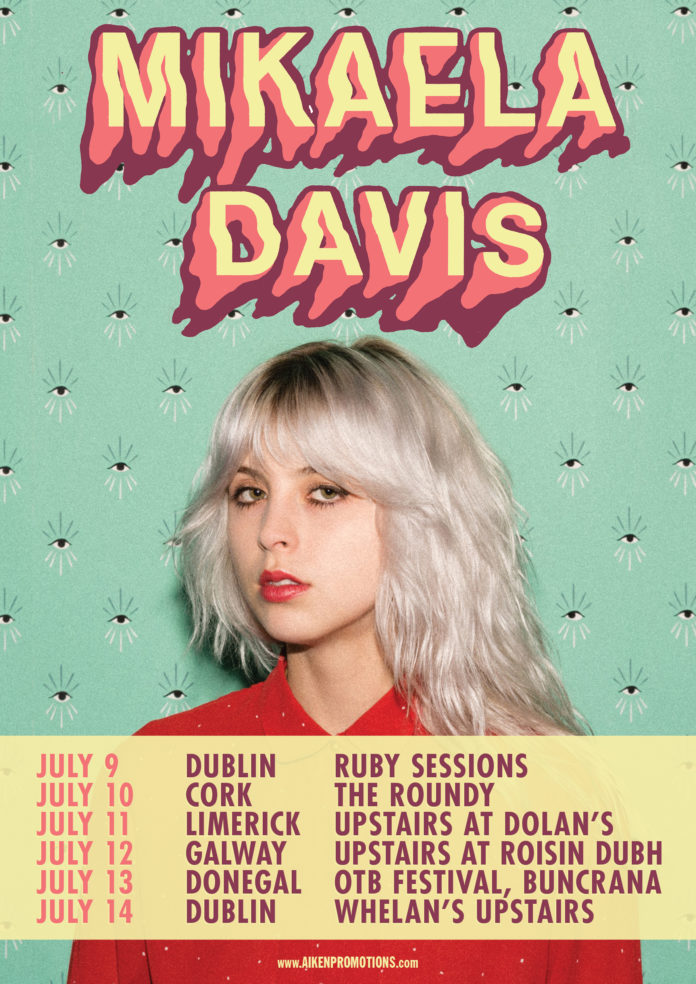 NEW York singer/ songwriter/harpist Mikaela Davis released her critically acclaimed album ‘Delivery’ in 2018 and revisits Ireland for a short tour this month. She is playing tracks from the album and introducing new music that will be part of her next recording project.

Currently on a festival tour in Germany, her current band is childhood friend Alex Coté (drums, percussion) and Shane McCarthy (bass) with the recent addition of Cian McCarthy on guitar (Shane’s brother).

For this tour the line up is stripped back to Mikaela on harp and vocals and songwriter/ guitarist Cian McCarthy joined by guest musicians at each venue.

“The reason we wanted to go to Ireland is Cian McCarthy’s whole family is from Limerick. That is why we decided to tour in Ireland,” explains Mikela

Mikaela reveals she has a Welsh / Irish background as well.

The set of songs that we will hear in Limerick reflects the development of her approach to presenting her music. Even the tracks from 2018’s, sometimes raw/ sometimes sweet, debut album have been bulked up and expanded during live touring with a regular band.

The new album “will be a lot more band orientated” with contributions from new member Cian and some co-writes from the band.

For the album ‘Delivery’ the band recorded songs as they were being written and figured out what to do with them on the spot instinctively with the guidance of experienced producer John Congleton – who has worked with St. Vincent, Angel Olsen and David Byrne.

“The band didn’t know the songs. It was fun but I want to take a totally different direction for the next album.

“It will be our first band album.”

Mikaela has been the harpist of choice for recording and touring with Bon Iver, Mac DeMarco and The Staves and continues to love her role as harp for hire with lots of cool collaborations filling her diary.

“The more I tour, the more I play music, the more I like collaborating and playing with other people. I think that makes me a better musician.”