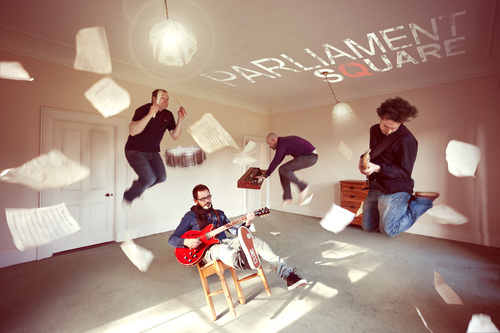 BURNING Witches’ is the new track and video from Limerick band Parliament Square.

The electronic/ indie stomper was recorded at Dublin’s Herbert Place Studio. Kieran Lynch (Smalltone Productions) produced the recording and the clever lyric video was made by Owen McGee.

The band Brendan Markham (founder member of The Driven) with Colin Bartley (bass), Karol Drea (drums) and Ross Brennan (keys/ guitar), released their fantastic debut album in 2016 featuring lead track ‘As I Have’ but the quartet have been quiet in recent times.

The band is working in the studio on new tracks. The band play on Saturday August 30 in Dolan’s. ‘Burning Witches’ is a strong statement and a melodic and punchy return – good to have them back!