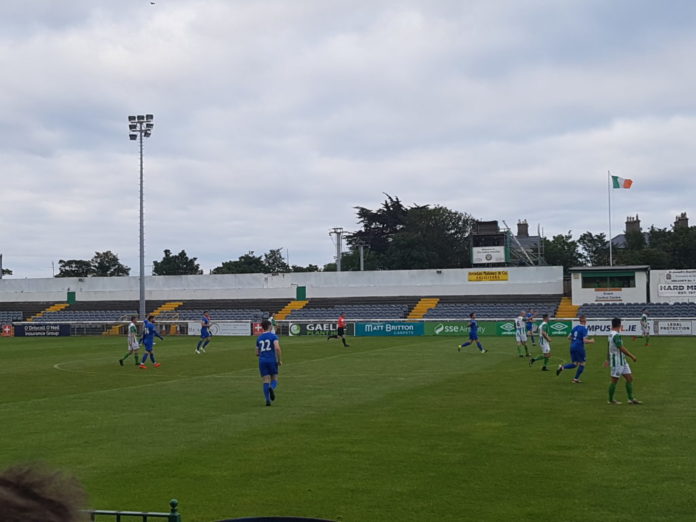 Limerick FC suffered a narrow defeat at the hands of promotion chasing Bray Wanderers on Friday night as a penalty from Paul Keegan in first-half injury-time was enough to hand the Seagulls a much needed win.

In truth, the home side were deserving winners and had the first chance of the game when dangerman Dylan McGlade’s shot from distance travelled over the crossbar. Moments later, Richie Purdy spread the ball to left-back Dylan Barnett and his shot smashed off the inside of the post and away to safety.

Limerick goalkeeper Jack Brady had to be in good form once again to deny both McGlade and Richie Purdy in one on one situations. Just as it seemed that Limerick had weathered the storm and managed to make it to half time, Clyde O’Connell attempted to shield the ball out of play under pressure from McGlade but pushed the Bray man over and conceded a penalty in the process.

Bray captain Paul Keegan converted the penalty to send Gary Cronin’s side into the break in the lead. Early in thr second period, Lee Devitt robbed former Limerick player Killian Cantwell of possession and drove towards goal but was upended on the edge of the box by Cantwell. The former Finn Harps man received a second yellow card and a subsequent red which gave Limerick hope.

Unfortunately outside of wayward shots from Kieran Hanlon and Shane Tracy, Limerick failed to created a clear cut opportunity. The home side thought they had doubled their lead when Sean Heaney powerfully headed home from a corner but the goal was ruled out for a push.

Bray held on for a big win which see’s the Seagulls go to within one point of Limerick. The Shannonsiders are now four points behind this season’s surprise package Cabinteely in fourth place.