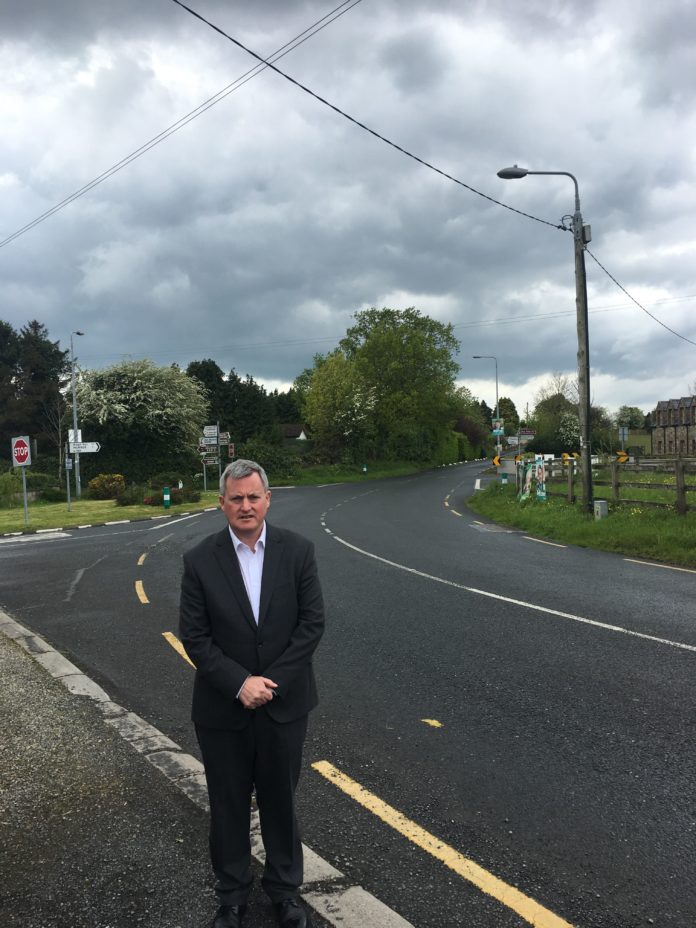 Limerick City & County Council, roads section has confirmed to Fine Gael Senator, Kieran O’Donnell and party colleague, Murroe-based Cllr John Egan that the traffic safety works at the Five crossroads, Murroe will commence in 2 weeks time and should be finished by the end of August.

€60,000 has been secured by Limerick City & County Council from Department of Transport to gets these works completed.

Senator O’Donnell said, “There have been a number of car accidents at this dangerous junction. We have been working on the provision of traffic safety measures here for some time. We must ensure this junction is made safe.

“It is starting somewhat later than we would have liked, but, it is now firmly underway.

Cllr John Egan added “Living in the Murroe area, I know first-hand of the on-going traffic safety issues at the Five Crossroads, Murroe. I am now pleased that these safety measures are being put in place.