Home Sport Gaa WATCH: Nickie Quaid talks Kilkenny and the importance of the puck out

Nickie Quaid has established himself as one of the best keepers in the country over the last six or seven years and has been key to Limerick’s resurgence.

The Effin clubman has proved to be a rock between the sticks this season and his form is vital to Limerick’s hopes of a second All-Ireland on the bounce.

Quaid says Limerick will have it all to do against a Kilkenny side that have threats all over the pitch.

“They have probably strengthened their squad if anything from last year to they are probably better equipped this year.

“They were very impressive against Cork in the quarter-final and we know there is going to be a huge challenge on Saturday night.”

Quaid also spoke about how vital the puck out has become in modern day hurling. One of the key components to Limerick’s win last year was winning the majority of their restart’s, but Quaid highlight’s how difficult it is to get it right.

“We are no different to any other team. Every team works on their own puck outs and opposition puck outs.

“The higher you can hit and retain your own puck outs the better platform it gives yourself for going forward, but it’s not easy.

Click below to watch the full video with Nickie Quaid.

The post WATCH: Nickie Quaid talks Kilkenny and the importance of the puck out appeared first on Sporting Limerick. 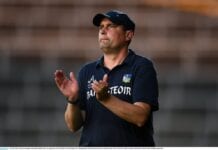 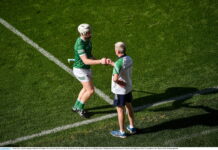 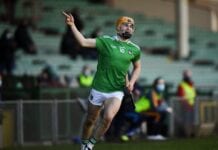 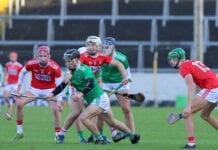