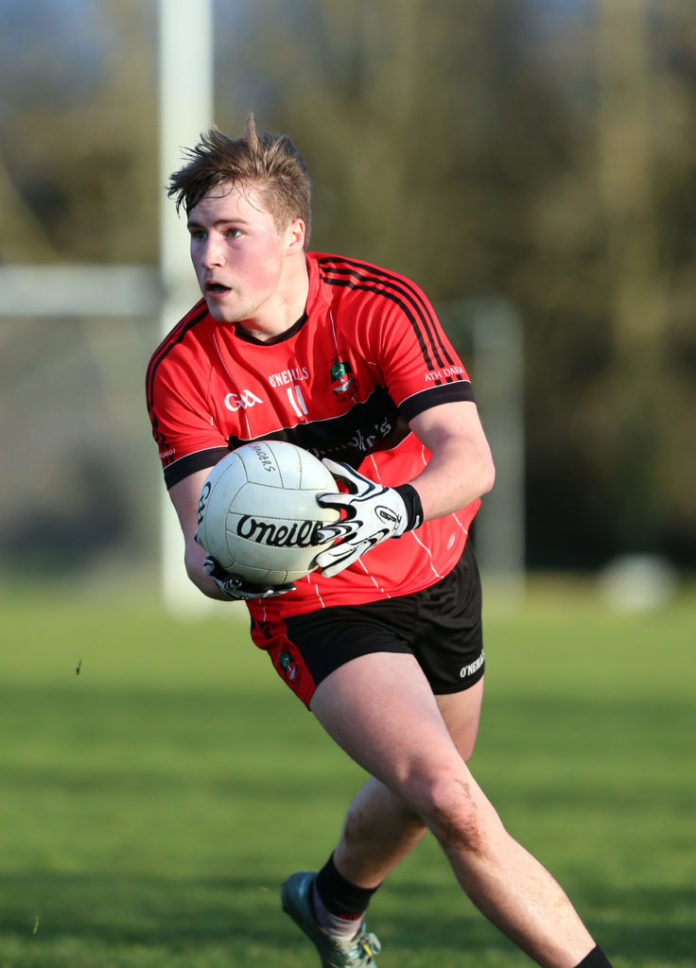 On Friday night both Adare and Oola made it four wins from four to guarantee their progression to the knockout stages of the Limerick SFC.

Today Ballylanders had too much for Monaleen to keep them in contention for a place in the quarter finals.

Monaleen lead 0-5 to 0-1 at the break but struggled against the wind as Ballylanders won out 1-8 to 0-10 to end Monaleen’s efforts in the competiton.

The previous night, Adare condemned St Senans to the relegation final with a commanding 2-20 to 0-10 win.

Adare will now move straight into the semi-finals regardless of the result in their game against Ballylanders.

The final Round 4 game in the group takes place tomorrow when Ballysteen meet Fr Caseys in Newcastle.

A win over NCW in their final game would see them straight into the county semi-finals.

Kieran’s play Galbally in their final game with win booking their place in the quarter finals.

Na Piarsaigh and Newcastle round off the group 2 games this Sunday night in Askeaton at 7pm.

The post Wins for Oola, Adare and Ballylanders in Limerick SFC appeared first on Sporting Limerick.