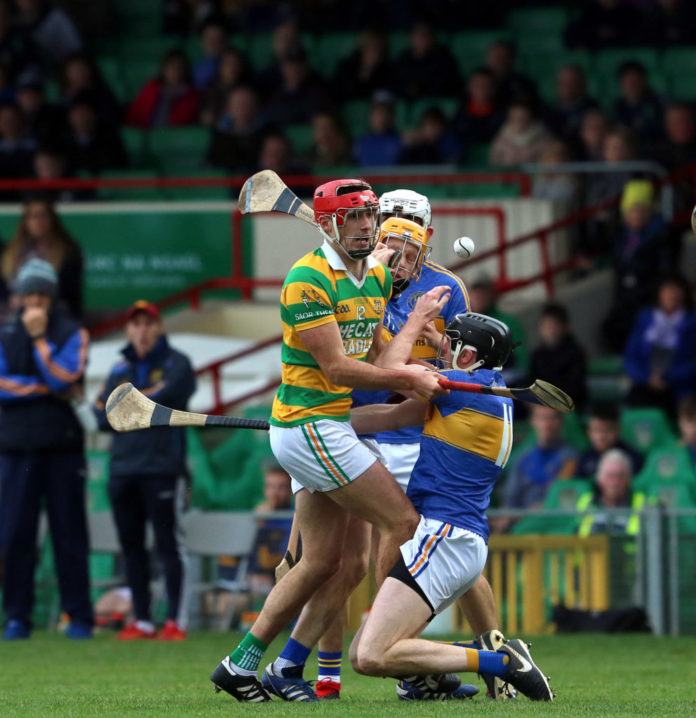 Following Limerick’s All-Ireland semi final defeat the county’s stars are back in club action this weekend with the third round of fixtures in the Bon Secours Limerick Senior Hurling Championship taking place over the weekend.

The first tie of the round is arguably the most watering with the clash between heavyweights Na Piarsaigh and Kilmallock on Thursday evening.

Kilmallock come into the game one point ahead of their rivals with a win and a draw from their opening two games. In their previous game it took a late Paudie O’Brien score to earn a share of the spoils against Doon.

Na Piarsaigh were beaten in their last game with two Kevin O’Brien goals giving Patrickswell victory over the defending champions.

A win for Kilmallock would move them to the top of the table for at least two nights, while a win for Na Piarsaigh would move them above their rivals and give them the edge on head-to-head. Just two teams advance directly to the knockout stages.

On Saturday evening, Patrickswell take on South Liberties in a bottom versus top clash. Patrickswell are two from two thus far with victories over Doon and Na Piarsaigh.

South Liberties have been beaten by Adare and Na Piarsaigh in their two games since earning promotion to the top tier.

Another win for Patrickswell will push them closer to sealing a semi final spot. Another loss for Liberties would put them as heavy favourites to be relegated back to Senior ‘B’ for 2020.

The other Group 1 game takes place on Saturday with the meeting of Adare and Doon.

A win for Adare would move them three points ahead of 2018 county finalists with just two games to play. Adare were impressive in their Round 2 victory over Liberties in Bruff last time out.

That game was followed by that epic encounter between Doon and Kilmallock where Doon will feel very unlucky not to have come away with a share of the spoils.

Doon will be looking to emulate the Oola footballers who have a 100% record thus far. However, a win for Adare will give them one foot in the knockout stages for the first time since 2017.

Group 2 of the Senior Championship is far more open Monaleen on three points, followed by four on two points and Knockainey propping up the table on a point.

Top meets bottom in the opening game on Saturday evening at the Childers Road.

A win for Knockainey will move them all the way to top of the table should they win such is the close-knit nature of the group.

A Monaleen victory will put them clear at the top. The following evening Murroe-Boher face Ballybrown.

The east Limerick side are undefeated with two draws thus far as they face Ballybrown, who also have two points with a win and a draw thus far.

Elsewhere on Sunday, Garryspillane take on Ahane. The Bouncers have picked up a pair of draws since their promotion to the senior ranks while Ahane were beaten by Monaleen in the first round before beating Ballybrown last time out.

The post Patrickswell aiming to stay top of the tree in SHC appeared first on Sporting Limerick.