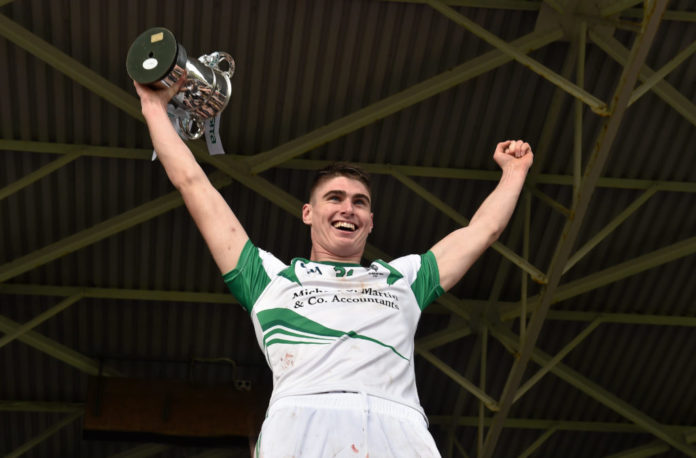 A late Josh Ryan free saw Oola earn a stunning 1-10 to 1-9 over Newcastle West in the deciding game in group two of the Limerick SFC.

NCW led by six points midway through the first half, but Ryan found the net to cut the gap to the minimum at the break.

A couple of Ryan frees then put Oola ahead, but AJ O’Connor’s goal 10 minutes from time looked to have turned the game back in NCW’s favour.

Oola stayed patient and worked their way back to level the game at 1-9 apiece, before Ryan landed the winner deep into added time.

Elsewhere, St Kieran’s cruised into the quarter final following a 4-15 to 1-6 win over Galbally. Kieran’s controlled the game from the off and led 2-7 to 1-3.

Their dominance continued in the second half and eased to a comprehensive victory.

Arguably, the biggest story of today’s action is that Drom-Broadford are facing relegation to the intermediate grade after a 1-13 to 1-12 defeat to Na Piarsaigh. Drom will now face St Senan’s in the relegation playoff.

Na Piarsaigh led by a point (0-6 to 0-5) just before half time, but Derry McCarthy’s penalty put Drom ahead at half time.

It took just six minutes for Na Piarsaigh to reverse that lead thanks to a Conor McLoughlin goal.

They went score for score into the final stages until points from McCarthy, Kevin Noonan and Garrett Noonan put Drom 1-12 to 1-9 in front.

However, Na Piarsaigh hit back again to level thanks to Gordon Browne and two Eoin Hogan frees.

The game looked to be heading for a draw, but Kieran Daly popped up with the winner two minutes into added time.