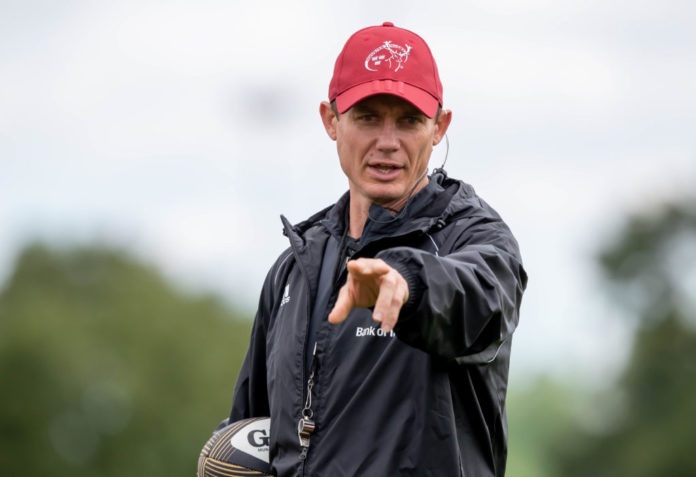 Munster unveiled their new senior coach Stephen Larkham at the High Performance Centre (HPC) at the University of Limerick yesterday.

The World Cup winning Australian out half comes with a wealth of coaching experience and is looking forward to the challenge of helping Munster to the next level.

Larkham has been in Limerick for just over a week now and gave an insight into how his move to the province came to fruition.

“He (Johann van Graan) said how interested he was in interviewing me and seeing if i would be right for the role.

“It’s an amazing club well known around the world. The supporter base are fanatics and it’s amazing.

“I came over eight weeks ago after talking to Johann and had a bit of a look around. Brand new HPC, really good roster. It was a no brainer. There are so many positives for coming over here.”

Click below to watch the full interview with Stephen Larkham.

The post WATCH: Stephen Larkham on moving to Munster and knowledge of European Rugby appeared first on Sporting Limerick.