THIS weekend Dreams Festival will celebrate the life and music of Dolores O’Riordan in Bruff. The lineup showcases the best of Limerick’s creative talent who will perform in various venues in the village from September 6-8.

On the bill is ThemeTune Boy (featuring Niall Quinn, original vocalist with The Cranberry Saw Us), Protobaby, The Flag Listeners, Fox Jaw, Jenní, Parliament Square, Julianne Hennelly, Xero and Cruiser.
Also playing is Mizdrea, Hazey & Citrus Fresh, Louise O’Flanagan and members of Acoustic Club.
Singer Kellie Lewis, who was mentored by Dolores in her time as Voice of Ireland judge is set to perform alongside Dolores’ niece Noelle O’Riordan.
More acts have been added this week including The Ukealadies and Broken Cord, a newly formed duo by Sarah Croker and Stuart Bond.

Event manager and artist co-ordinator, Rainer Lindheim says that all acts contacted were eager to be part of what is planned to be an annual event.
“The response from bands invited to play the festival this year has been overwhelming. We focused on Limerick-based original acts. We are so thankful to them for giving their time and coming to help celebrate Dolores and live music in general’

Festival Co-ordinator Julianne Hennelly praised the community spirit in Bruff which has made this festival a reality with the help of the local business, arts and musical community.
“As an artist who works in the area of mental health I am honoured to be part of this project. Dolores has helped so many of us struggling with depression in Ireland and throughout the world, we want to celebrate her homeland which inspired her art and kind nature.” 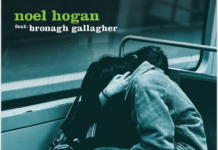 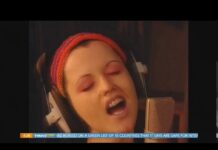 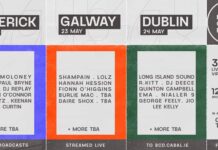