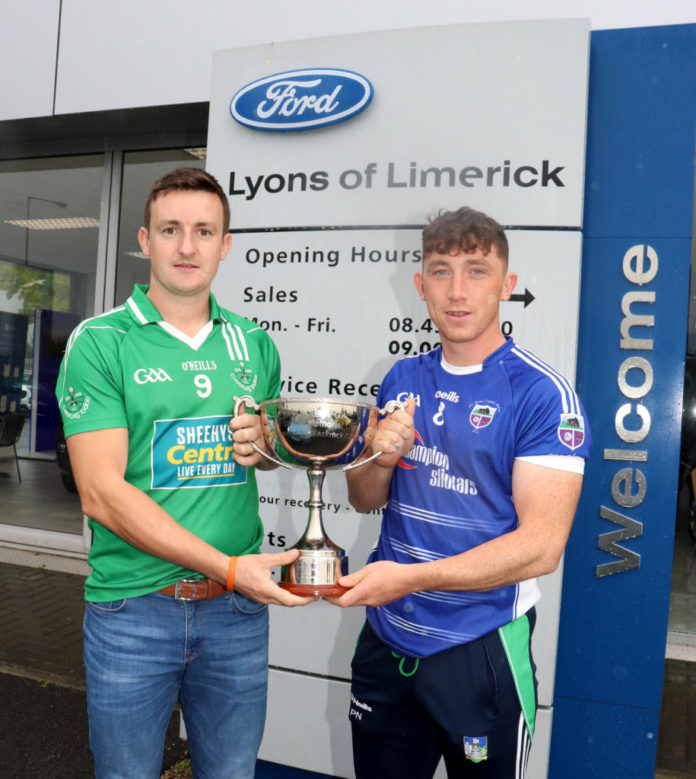 THIS Sunday the Premier Intermediate Hurling final between Kildimo-Pallaskenry (KP) and Blackrock will act as a curtain-raiser for the Senior Final in the Gaelic Grounds.

Throwing in at 1.45 pm, the prize at stake for both is huge
with the chance to play in the Senior championship for 2020.

In a semi-final double header a fortnight ago, Blackrock
despatched Mungret convincingly before KP overcame Bruff AET to set up this
weekend’s clash.

Blackrock will come into the game as underdogs having
finished the group stage four points behind KP, yet they will be confident of
causing an upset against the table-toppers with the influence of Jimmy Quilty
highlighted by team captain Paudie Leahy.

“We’ve built up a group, a panel. We’ve a big panel this year. Last year we had a small panel but he (Quilty) has got a lot of fellas on board.”

Despite their underdogs tag, Blackrock did secure a draw with KP when the sides met in round three of the championship.

As such, Leahy is fully aware of the challenge that his side
will come up against on Sunday with KP littered with talent throughout the
field.

Blackrock have been stales of the Premier Intermediate grade
since its inception in 2014 with Sunday’s decider their first time to contest a
final at the grade.

Leahy says the club are in a good position to progress to
the senior ranks with plenty of talented players coming through.

“It would be massive to get the club back up. A couple of young fellas coming through so it would be great for them to have a senior team for them when they come through to play at the highest level.”

In the opposition camp, KP will look to continue their
unbeaten run and earn a promotion, just two years after they won the Intermediate
championship.

Although he has represented his county with the senior footballers,
KP captain Peter Nash says it will be an honour to line out in another hurling
county final with his club

“It means an awful lot to be here with your club. The lads you’re constantly training with. The lads you grew up with so it means the world.”

The favourites tag is one that will go unnoticed by the KP
camp with these games often proving to be tight and tense affairs with the
round three stalemate hinting at another close affair come Sunday.

“The fact that it is a tight game means it will be a tight game. There’s going to be nerves from both teams so without a shadow of a doubt it’s going to be a close game. They were impressive when we played them in Kilmallock. Arguably the best team we faced all year so it’s good to get another crack off them.”