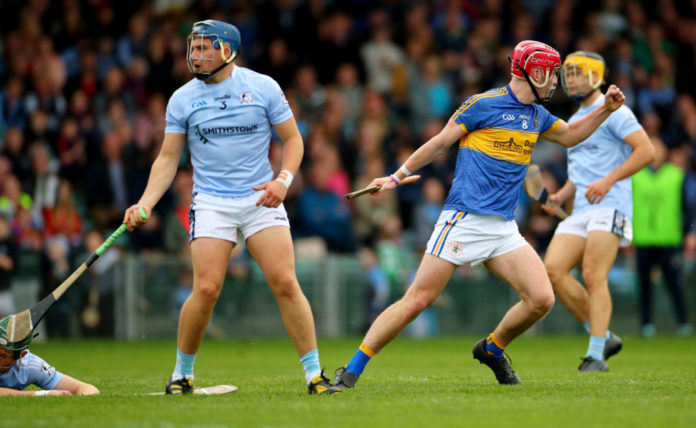 Patrickswell are Limerick SHC champions after a 1-17 to 0-15 victory over holders Na Piarsaigh at LIT Gaelic Grounds.

Ciarán Carey’s side earned the club’s 20th every title with a performance that derailed Na Piarsaigh’s bid for three in a row.

Aaron Gillane top scored for the ‘Well with 0-6, while young midfielder Josh Considine chipped in with 1-2 from play.

Peter Casey led Na Piarsaigh’s challenge with an imperious six from play, but it wasn’t to be the Caherdavin side’s day.

They sides were level three teams in the opening 11 minutes, but scores from Thomas O’Brien and Considine put Patrickswell 0-5 to 0-3 ahead.

The ‘Well were then further boosted when Considine fired in a stunning goal that stretched their lead to five.

That advantage stood at six points at the break (1-9 to 0-6) with both sides nowhere near their top level.

Na Piarsaigh hit their only purple patch with the first six scores of the second half and also held their opponents scoreless in the opening 20 minutes.

A long range Diarmaid Byrnes effort from play got Patrickswell back on track and a Gillane free then extended that advantage to two.

Casey brought the margin back to one again, but Considine, Gillane and an outstanding Cian Lynch point saw them 1-14 to 0-13 ahead with four minutes remaining.