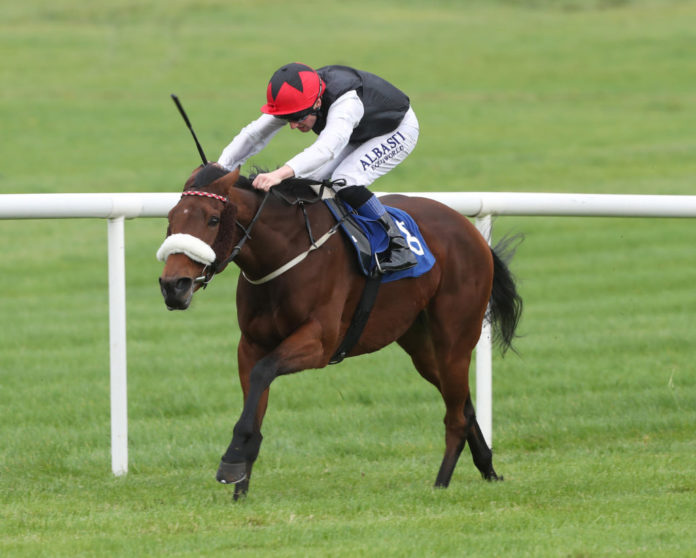 Rathkeale conditional rider Conor McNamara brought his tally for the season to 15 winners when partnering the Gavin Cromwell-trained Jurby to land the 2m3f handicap hurdle at Galway on Tuesday. In the colours of the DEMI Partnership, the 10/1 chance headed the front-running Le Hachette in the closing stages to win by a length and a quarter.

Billy Lee is well on the way to recording his highest total for a season and he was a winner again at Navan on Wednesday where Bear Claws, trained by Andy Oliver, won the 10f handicap. The 7/1 chance skipped clear well inside the final furlong to beat the Chris Hayes-ridden Early Strike by four and a quarter lengths to give the Ballingarry jockey his 52nd winner of the term. Billy rode 55 winners in the 2015 season and 54 winners the following season. Lee was back among the winners at Limerick on Saturday where he partnered the Tim Doyle-trained Spanish Tenor to win the concluding 8f handicap. The 6/1 chance made all the running to win by seven lengths.

Meanwhile, Chris Hayes rode his first winner at Thurles and gave Dermot Weld his first success at the County Tipperary venue since Merchant Royal won a hunters’ chase in January 2012 when Acapella Blu took the 8f maiden on Thursday. Owned by Moyglare Stud, the 12/1 shot won by an easy three lengths from the Jim Bolger-trained Vocatus and the Hayes’ 50th winner of the season. Laytown is now the only Flat course that Hayes has yet to ride a winner at.

Charles Byrnes landed the finale with Run For Mary which was giving Billy Lee his second winner of the week. The well-supported 9/4 favourite got to the front early in the straight and pulled right away to win by seven and a half lengths from the Colin Keane-ridden Caer.

Hayes landed a bigger prize when partnering the Ger Lyons-trained Heliac to win the Irish Stallion Farms EBF “Red God” Handicap at odds of 5/1 at Dundalk on Friday night. Deputising for the suspended Colin Keane, Hayes got the classy three-year-old home by half a length from the Michael Halford-trained Massif Central.

The jockey was back in the winners’ enclosure at Limerick the following afternoon as he took the Listed Martin Molony Stakes on the Noel Meade-trained Dadoozdart. The 11/4 chance proved too strong late on to win from uneasy 5/2 favourite Riven Light by a length and a half.

Twenty-four finalists, short-listed for eight of the 10 award categories in the 2019 Irish Godolphin Stud and Stable Staff Awards, were announced last Friday. The finalists were shortlisted from over 300 nominations received.

The winner in each of these categories will receive a specially-commissioned trophy and €4,000 in prize-money, with the exception of the Newcomer Award, who will receive a trip to Dubai, plus €2,500. The other two finalists in each category will each receive €1,000. The winner’s and finalist’s yard or stud in seven categories will also receive €1,000 to be divided amongst employees.

The winners will be announced at the awards ceremony on Tuesday, October 29 in the Killashee Hotel, Naas.