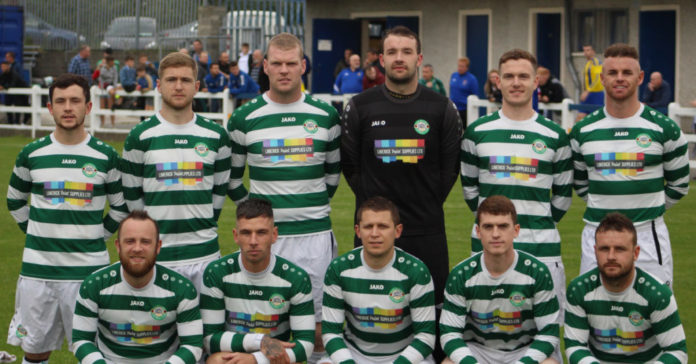 Pike Rovers right-back Wayne O’Donovan put in a tireless display on Thursday evening as his side defeated Regional 3-1 in the Tuohy Cup. The attacking right-back was full of energy and defended excellently against an in-form Donal O’Connell.

Goals from Steven McGann and Johnathan Grant provided the victory for Robbie Williams men but O’Donovan felt that the win was far from routine.

“Yeah it was a great victory tonight. I wouldn’t say it was routine as they made us work hard and they have some good young lads and are well set up. They were very difficult to beat but I thought the lads were excellent tonight.”

Wayne also speaks about the impact which Robbie Williams has had since his arrival and the aims for the squad this year.