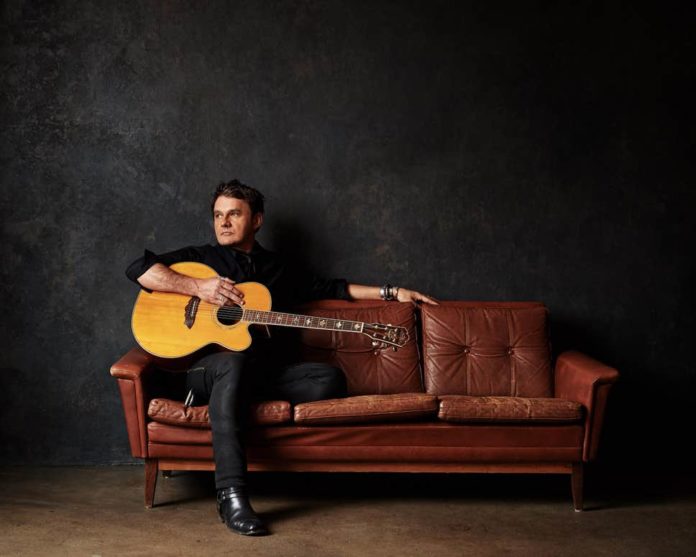 ACCLAIMED songwriter Don Mescall has written and produced a song in tribute to his old friend and mentor Henry McCullough and brought together a stunning collection of musicians to perform on the track.
The track ‘Live Long Rock ‘n’ Roll’ features Paul McCartney, Nick Mason, Albert Lee, Gary Brooker, Paul Brady and more.

Henry McCullough played guitar in Paul McCartney’s band Wings, He played in Joe Cocker’s backing band, The Grease Band and played Woodstock in that line up.
McCullough played with Sweenety’s Men and Dr. Feelgood. His lead guitar playing features on the iconic ‘Live and Let Die’ by Wings.
In the psychedelic band Éire Apparent, McCullough from Portstewart toured with Pink Floyd and The Jimi Hendrix Experience. He became friends with the band Pink Floyd and the immortal words “I don’t know, I was really drunk at the time” spoken on ‘Dark Side of the Moon’ are Henry’s, recorded while he was remembering a fight he had with his wife the previous night.

Don Mescall got to know Henry in the early 1990s. He and Henry immediately hit it off and would play guitar and sing together at each other’s houses.
“We became very close – if I was anywhere near the North I would stay with him,” remembers Don.
“I would play guitar with him at his house in a gazebo out the back.”
Their first meeting was in Don’s London studio. After a wonderful evening reminiscing, news broke that Linda McCartney had died.
“Once the press found out that Henry was in London, everyone was ringing the studio for a comment from him.”

With a musical history such as Henry’s there were plenty of great stories to be told. Like when Henry missed out on a huge pay deal jackpot, according to Don.
“When Andrew Lloyd Webber approached Henry to write  for his musical ‘Jesus Christ Superstar’, he explained that it was a new production.
“We don’t have a lot of funds,” Lloyd Webber explained. “Instead of a fee would you be interested in a percentage of the show?”
Henry went – “I’ll go for the fee!!!”
Henry got his 500 quid and missed out on the millions that show has generated since the 1970s.
“But he told it with laughter!” observes Don. 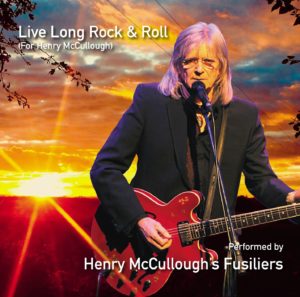 Don and Henry worked together on songs and the track  ‘Live Long Rock ‘n’ Roll’ was written after the two reminisced about Henry’s early days in the showband The Skyrockets, playing for 12 pounds a week in an ill-fitting suit that was handed down from the guitarist he replaced.
Henry gave his soul to rock ‘n’ roll in his teens and would go on to much better gigs but they wrote the song with the lines –
‘Rock n roll you are both my enemy and friend’
‘Rock n roll you are going to save my soul or kill me in the end’

Henry continued to gig throughout the 90s and 00s until a heart attack left him in critical condition from which he never recovered. He was confined in his home on 24/7 care and couldn’t play guitar or sing any more.
Don was looking for ways to create an income stream for the musician who like many, had a career that didn’t leave him with a pension plan. In the midst of these efforts, Henry died in June 2016.
Don has continued to work on this song when time allowed.

While producing an album for Richie Havens, Don met drummer Nick Mason (Pink Floyd).
He was friends with Henry and agreed to play on ‘Live Long Rock ‘n’ Roll’.

Legendary guitarist Albert Lee lent his playing to the track.
“He really loved the song. He played it just like Henry would. You could not meet a more humble man.”

Chris Stainton (Joe Cocker Band) played Hammond organ in the track.
Don Mescall could now see that ‘Live Long Rock ‘n’ Roll’ was going to have some big names attached to it. He wanted to go one step further and get one of the world’s best known bass players involved.
“I came up with this ridiculous idea that I could get Paul McCartney to play on the track.
“You have to do this through the right channels.”
Through Dave Robinson, founding member of Stiff Records, Paul McCartney got to hear a copy of the song.
Dave reported back, “Paul loves the track – he’d like to play.”

For Don,  this was a lovely boost to the project.
“I would give Henry updates. I hoped he understood.”
“I often solo Paul’s bass on the desk. You are listening to everything The Beatles made.”

The search for the right vocalist to sing ‘Live Long Rock ‘n’ Roll’ ended when Gary Brooker (Procol Harum) agreed to record in Don’s Greenwich Pepper Pot Studio.
“Gary had the gravel voice and the understanding of what the song meant.”

Paul Brady got a call from Don and agreed to join him to record backing vocals and harmonies for the track.
All these players loved Henry, having met him and shared the stage with him over the years.
Their track  ‘Live Long Rock ‘n’ Roll’ and the 15 track album  ‘Ballywonderland’ by Henry McCullough is out now on Proper Record Label.

In 2018, Don Mescall’s live concert at UCH to celebrate the release of his album ‘Lighthouse Keeper’ was a huge success and he is following that in 2019 with an all star turnout set for Saturday November 16.
Don has put the call out and some wonderful musicians are coming to Limerick, some visiting for the first time to join Don on stage.