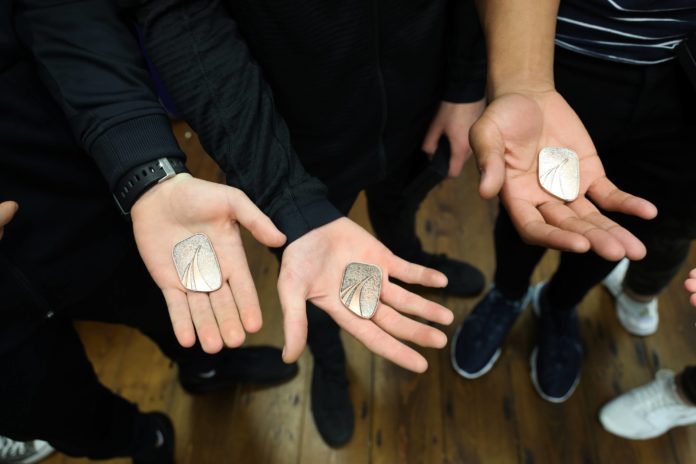 Speakers on the night included Irish International Athlete Jessie Barr, Laura Philpott a Cork native who is due to receive her Gold Award in December this year from President of Ireland Michael D. Higgins. The event was MC’d by Red FM’s Dave MacArdle and took place in the St Peter’s in Cork City Centre. The awards were presented by Yvonne McKenna, CEO of Gaisce.

Speaking about the achievements of the awardees, Yvonne McKenna, CEO of Gaisce said, “I heartily congratulate this evening’s awardees on their achievements. Completing a Silver Gaisce Award has required a significant amount of dedication and effort from each of them towards developing their skills, getting more involved in their communities, becoming more active and exploring their sense of adventure.”

She continued, “I would like to congratulate their wonderful President’s Award Leaders, who have guided them along their path to Silver. Our President’s Award Leaders truly are the lifeblood of the Gaisce programme, without whom there would be no Gaisce. Today’s awardees aren’t only incredible ambassadors for Gaisce, but also their families and communities, whom I’m sure will incredibly proud of them today”.

Speaking about the Awardees’ achievements, Jessie Barr, Sport and Performance Psychologist and former International Athlete for Ireland said, “It’s great to be part of such a wonderful celebration of young people’s achievements. Through my work with athletes as a Performance Psychologist, I know there is perhaps no greater feeling than setting out a personal goal and reaching it. I’m sure the level of the commitment undertaken to attain a Silver Award, only deepens the feeling of accomplishment. Congratulations to all Gaisce Silver Awardees being honoured tonight!”

Speaking about the positive effects of her Gaisce experience, guest speaker and Gold Award participant Laura Philpott said, “As a Gold Gaisce Participant myself, I am delighted to celebrate the achievements of the Silver Awardees and excited to encourage them to go for their Gold Award. I really felt I benefited from my Gaisce journey, and know that many of the Silver Awardees being celebrated will feel the same about their journey so far.”

Silver awardees, who were honoured on the night, have successfully completed at least 26 weeks across 3 different challenge areas and undertaken a 3-day adventure journey. The adventure journey incorporates either a 50km walk or a 190km cycle.

Gaisce – The President’s Award is a personal development programme for young people which enhances confidence and wellbeing through participation in personal, physical and community challenges.

Since its inception in 1985 over 178,000 young Irish people have completed a Gaisce Award, including former Rose of Tralee Maria Walsh and Irish rugby international Robbie Henshaw.