Home News Community Spooky goings on all around Limerick

SPOOKY stuff will be abroad in Limerick this bank holiday weekend as the Lumen Street Theatre company brings the Samhain Halloween Festival back to the streets of the city from this Thursday to Saturday.

They will create a parade of light in the city’s medieval quarter with a procession of lanterns made by several communities such as St. Michael’s NS, Limerick School Project, The Learning Hub and St. Mary’s NS.

Limerick Youth Theatre will showcase street theatre and spectacle along with the Irish Chamber Orchestra’s community music programme ‘Sing Out with Strings’.

Service users from The Daughters of Charity Service Limerick will be displaying their talents along with performances by Blue Frog Circus Toys and Curious State.

The light-filled spectacle will include fire performance, a Death Café by Jennifer Moran Stritch, talks based on the philosophy behind ‘Pagan Rave’ by Billy Mag Fhloinn, traditional stories by Eddie Lenihan and an evening plunge into the bone-chilling waters of the Shannon organised by Swimmable Limerick.

Artistic Director of Lumen Street Theatre, Martin Shannon said that last year’s Samhain festival was wholeheartedly embraced by the community of St. Marys and beyond.

“We aim to build on last year’s success with another parade on Saturday as the highlight with the Bishop’s Lady spectre at its heart.”

In other events for the weekend, Viva La Vida Festival is the first Latin American festival to be held in Limerick City, connecting Latin American and Irish artists through colourful community workshops, live music and dance performances. It takes place on October 25 and 26  throughout Limerick City.

Limerick’s live scare-fest, The Scare Factory returns to the chilling surroundings of Cleeve’s Factory until November 3.

The Lough Gur Samhain Festival on until October 29 is a weekend celebration with storytelling, lantern making and spooky science by the misty shores of Lough Gur.

A scary Halloween night in the woods is what awaits at the Castleconnell Fright Fest, on October 27, with ghosts, goblins and witches and scares guaranteed.

For children who don’t want to be scared, the Happy Halloween Experience, D&M’s Halloween Pumpkin Trail and Curraghchase Pumpkin Patch are going ahead.

And Horrid Halloween Kids Camps including a Halloween Lego Workshop and Spooktacular Bugs ’n Slime Lab in King John’s Castle and an art camp at a haunted Hunt Museum mean the children will be occupied for the mid-term break. 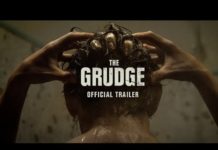