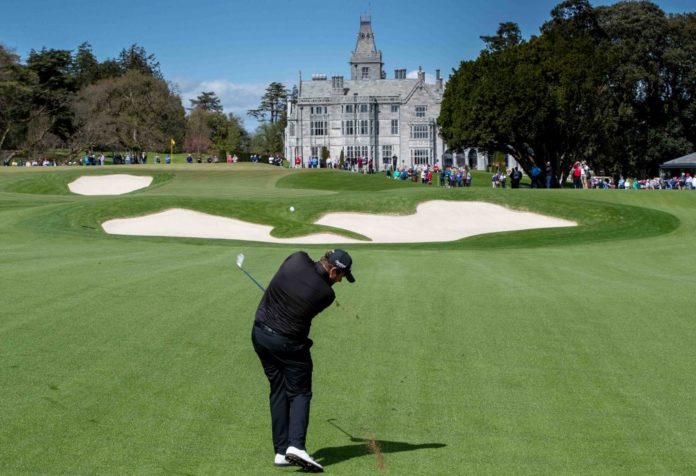 Stephen Moloney is the owner and creator at The Cheeky 9.

The strangest thing about writing a scout report on Shane Lowry as a potential Ryder Cup rookie is the fact that I have to write one at all.

That the current Open Champion has never set foot in the amphitheatre that is a Ryder Cup match just seems like an odd mistake or glitch in our timeline caused by some rogue time traveller because, on the surface, to look at the Offaly man is to see a player who you’d think at this stage in his career should have, at least, three Ryder Cups under his belt.

When you dig a little deeper into the decade that it’s been since Shane turned professional after that memorable – though incredibly soggy – win as an amateur at the Irish Open, however, you suddenly see that, of the five Ryder Cups there have been in that ten year period, he’s only really come close to being in contention to make the European team once, and that was way back in 2016.

So, what’s been the deal for Shane? What’s been the apparent “Achilles’ heel” that’s seen him struggle to get into the frame to be one of those chosen twelve who get to wear the blue and yellow of Europe every two years?

In a word, ‘inconsistency’.

Let’s take the most recent qualification years for the past two Ryder Cups. The European qualifying process for the 2016 Ryder Cup at Hazeltine began with the M2M Russian Open in September 2015 and finished at the Made in Denmark in late August 2016.

In that period of time, Shane played 26 events, racking up 0 wins; 2 runner-up finishes at the British Masters and U.S. Open; 4 Top 10’s;  6 Top 25’s; 9 finishes outside the Top 25; and 7 missed cuts, four of which came on the bounce in his last six events before the qualification period ended in Denmark.

Now, that’s not an overly bad run of results, yet they were only enough to see Shane finish 14th in the European Points List that year, a full ten places away from the top four automatic qualification places.

Of course, you’d have to think if he hadn’t of had that string of four missed cuts from the Scottish Open to the Travelers Championship and at least halved that number of finishes outside the top 25, that could have seen him possibly vault into one of those four places, but you know what they say about hindsight. Ultimately, it was just inconsistency at the worst time that cost him.

Fast forward to the qualification period for the 2018 Ryder Cup in Paris and we see a similar tale. From the D+D Real Czech Masters in September 2017 until the Made in Denmark event at the very end of August 2018, Shane played 29 tournaments. And in those 29 starts he racked up just 3 Top 10’s; 1 Runner-up; 8 Top 25’s; 11 finishes outside the Top 25; and, again like the 2016 qualification period, 7 missed cuts.

And, yes, though things improved somewhat in the thirteen remaining events he played until the end of qualifying, Shane never really got anything going – in fact, the best finish he managed in that time was a T-12 at the Canadian Open and PGA Championship.

Again, it was just inconsistency at the exact wrong time. And, in reality – outside of the Captain’s Picks – that’s really what the bones of every Ryder Cup team is made up of, the most consistent players from the previous twelve or so months.

So, as we roll into the end of 2019 and beyond, I think that’s going to be Shane’s biggest concern until next year’s visit to Wentworth, finding that consistency required to grab one of the nine automatic qualification places that would see him make the team without relying on getting one of Pádraig Harrington’s three picks. Because as great as this year has been for Shane, with the win out in Abu Dhabi at the beginning of the year and, obviously, his heroics at Royal Portrush, in the context of making the Ryder Cup? It’s meaningless.

I mean, there’s the confidence he’ll take from this year, of course, as it’s not only been fruitful in terms of silverware, but from a stats perspective also – 1st in ‘Total Strokes Gained’, 3rd in ‘Scoring Average’, 3rd in ‘Strokes Gained: Approach’ and climbing 104 places in the putting ranks from 154th in 2018, to 58th in 2019.

But, still, all that doesn’t get him any Ryder Cup points. The only thing that matters is if Shane can even come close to replicating that form between the BMW PGA Championship just gone and next year’s. And if he does manage to do that? I think Europe and Pádraig Harrington will have an incredibly strong rookie in their ranks.

He’s plenty long off the tee (290 -300 yards), with an accuracy percentage that’s generally floating around the low 60’s. He’s a solid iron player, as the fact he’s currently third in the aforementioned ‘Strokes Gained: Approach’ category on the European Tour shows. He can shape the ball both ways.

He can play well in poor conditions. His GIR percentage the last three years on the PGA Tour has been strong, with figures of 63.14%, 68.65% and 67.57% in 2019, 2018 and 2017 respectively. He has the ability to go low when he’s on with the putter, but can also putt well under pressure – two facts backed up by this year’s Open Championship performance.

He’s used to playing in America, so would be able to handle the speed of the greens – though this might not be much of an issue at a ‘links-style’ course like Whistling Straits. And, of course, he’s got a killer short game, being widely regarded as one of the best ‘chippers’ on tour.

Put all that together and, from a ‘skills’ perspective, you’ve got an experienced, hardened golf professional that you could throw out in both the fourballs and the foursomes, and I’m confident he’d not only do a job, but he’d flourish in the environs of team-based golf.

Ironically, though, what I think could be Shane’s biggest strength that he’d bring to a Ryder Cup team, is also the very thing that could potentially be his biggest weakness – his passion. Now, it’s no secret that Shane Lowry has always wanted to play in the Ryder Cup; sure, even as recent as last month, in an interview with John Huggan from ‘Golf Digest’, he said the following when asked if the biennial event was a big ambition of his:

“Oh, yes. I sat down with my coach and managers last December and came up with a schedule that was aimed at giving me the best chance of making the next Ryder Cup team. That’s my biggest ambition in golf. I want to be at Whistling Straits. It was all about the Ryder Cup.”

Like, that’s as blunt as you can get. So, if Shane does, indeed, get his wish and makes it to Whistling Straits next year, you know you’re going to get a passionate player who’s going to be 100% committed to doing whatever is required of him to make sure that trophy is heading back across the Atlantic come the end of those three days in late September.

Yet, with that passion comes an inevitable ‘want’ to perform and to do well. And to head into a pressure-cooker of an event like the Ryder Cup with those kind of expectations of yourself, they can be a very motivating force, yes, but just as equally, they can be potentially harmful if things don’t go to plan when you’ve wanted something for as long as Shane has.

Now, from reading that same interview and seeing what his mentality was like heading into that Sunday at Royal Portrush and what his mentality overall is when dealing with golf, it appears as though Shane has his head screwed on enough to handle those expectations should he make it on the plane to Wisconsin.

But, as we all know, it’s impossible to know how a player is really going to react in a Ryder Cup until they actually play in one.

Luckily, though, come next September I have a feeling we’ll finally be able to find out how Shane Lowry will.

And it won’t be a moment too soon either.

Shane Lowry will compete at the JP McManus 2020 Pro-Am