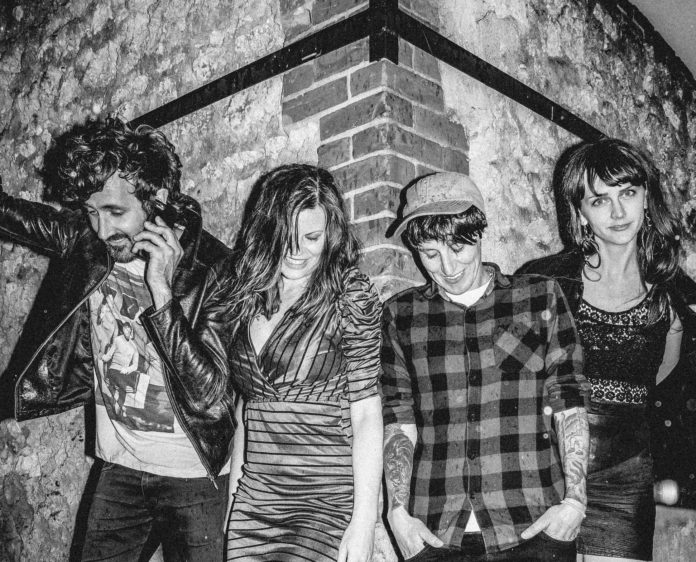 THE indie buzz band that are set to blow up in a big way in 2020 are Melbourne quartet Tropical F*ck Storm. Their current European tour is selling tickets fast.

The band’s impressive debut album ‘A Laughing Death in Meatspace’ on Joyful Noise picked up favourable reviews calling it, “observant and eviscerating – the soundtrack to the last party at the end of the world.”
A run of limited edition 7inch vinyls and videos for songs ‘You Let My Tyres Down’, ‘Rubber Bullies’ and ‘Soft Power’ were released in Spring 2018.
With a new album ‘Braindrops’ released in August, the band are a powerful force of nature when they play live – possibly the best way to introduce yourself to them.

Tropical F*ck Storm are Gareth Liddiard and Fiona Kitschin of the Drones. High Tension’s Lauren Hammel, and Mod Con’s Erica Dunn, complete the line up.
The band will play just two Irish dates on this international jaunt and the opening show for UK/Europe Tour is right here in Limerick at Dolan’s this Sunday November 3.