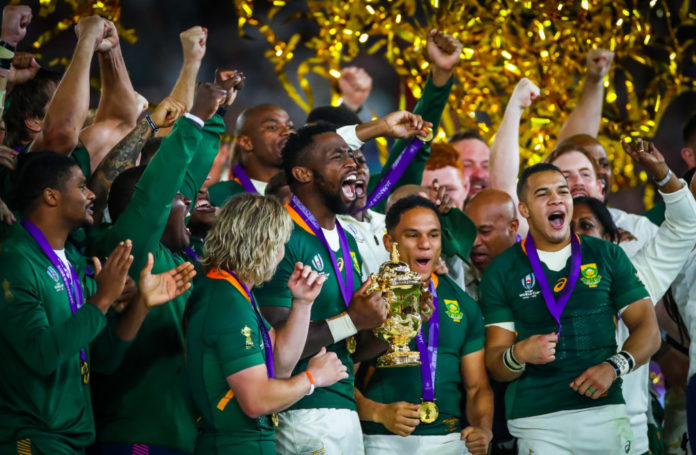 South Africa best England 32-12 this morning to become 2019 Rugby World Cup Champions. It was an excellent performance which included a significant Munster influence running through the spine of the entire team.

The Springboks dominated at the set-piece and kept the scoreboard ticking over throughout thanks to the boot of Handrè Pollard.

The talented speedster that is Cheslin Kobe would round off a comprehensive victory with a try of his own in the corner, ending any chances of an England victory in Toyko.

Back in Munster, Felix Jones (as Technical Coach), alongside Rassie Erasmus (Director of Rugby), Jacques Nienaber (Defence Coach) and Aled Walters (Head of Fitness) all worked together during the 2016/17 season.

From a South African perspective, they got their man in September 2019 when Jones joined them as a Defence Consultant ahead of the tournament in Japan. The Munster quartet would reunite once again on a world level, in an effort to win a third World Cup for the Springboks.

This morning’s achievement was a career-defining one for Head Coach Rassie Erasmus who left Munster in 2017 to take over his national team.

Alongside Jones, Nienaber and Walters, who would have thought that those four former Munster colleagues, who formed a bond back in 2016 would be walking the pitch of the International Stadium in Yokohama with the Webb Ellis trophy in their hands. A feel-good story for any Munster fan to cap off another edition of World Rugby’s finest tournament.