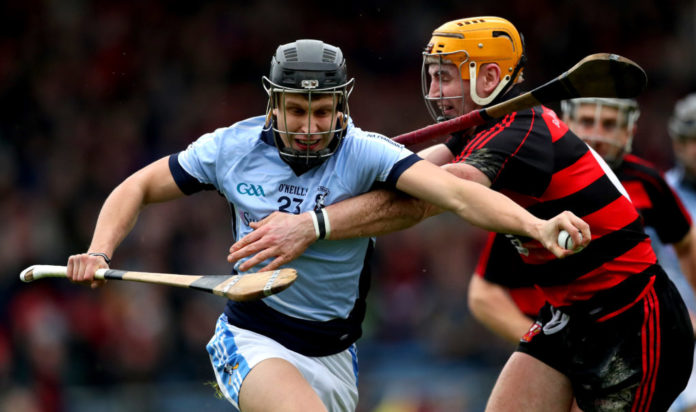 Like they were in the county final against Na Piarsaigh,
Patrickswell will come into this Sunday’s Munster Club Hurling Championship
semi-final as underdogs against defending champions Ballygunner.

The Waterford side finally made the breakthrough in Munster last year when they defeated Na Piarsaigh comprehensively in the decider.

Last weekend they beat Sixmilebridge in the Munster
quarter-final stage by 1-12 to 0-12 as they look to go one better than 2018
when they were beaten by eventual champions Ballyhale Shamrocks in the
All-Ireland semi-final.

While Patrickswell manager Ciaran Carey  will be acutely aware of the threat that
Ballygunner possess, he will know that his side have the firepower to cause the
reigning champions serious problems.

In Aaron Gillane, the ‘Well have one of the most lethal players in the country on current form, having added a goalscoring touch to his already impressive arsenal this season.

Alongside him in the forward line are his brother Jason who
has shown flashes of brilliance in his maiden season and veteran forward Thomas
O’Brien who is as dangerous as ever.

Ballygunner do have current Waterford player Phillip Mahony
and former star Barry Coughlan at their disposal and one will surely be tasked
with keeping Gillane quiet.

However, Coughlan and O’Mahony have both been deployed in
the half-back line for the Waterford champions and their absence from that line
could leave space for Jack Kelleher who has revelled on the 45’ since his move
there from midfield.

The move of Kelleher to half-forward has seen Josh Considine revert to midfield with the Limerick U20 player proving a revelation in midfield.

His partnership with Cian Lynch is one of the best around
with youngster perfectly complimenting the style of the 2018 Hurler of the
year.

While they have the skill and physicality to match up
against any other pair, they also have a scoring touch with the pair scoring
1-5 between them in the county final.

If they can perform like they did in the Gaelic Grounds a
month ago, it should give them a solid platform higher up the field.

However, they will need to be wary of the threat that Pauric
Mahony possess at centre-forward.

The Waterford sharpshooter is deadly accurate from long
range and will drop deep to act as a playmaker but has the capability to score
from well inside his own half from both play and placed balls.

He will be picked up by Limerick’s Diarmaid Byrnes who will
have to decide when to follow Mahony and when to protect his full-back line.

This battle could prove crucial with Patrickswell having the
defenders elsewhere to match up with the lively Ballygunner forward unit.

Ballygunner will have the experience but under Carey’s tutelage Patrickswell have looked impressive all year and they may well overcome the odds to reach a first Munster final since 2003.