Home Lifestyle Entertainment Many sides to this 110 year-old band 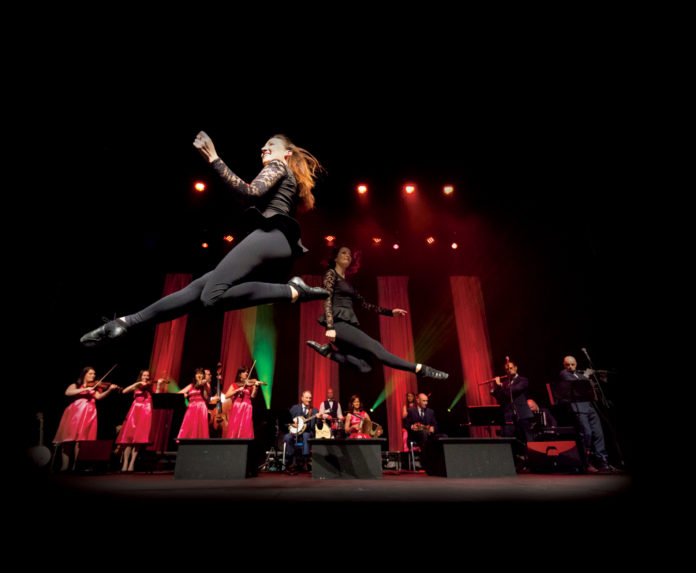 THE group is around longer than the Irish state itself. The group formed initially as a brass and reed band in 1909, and share their birth with the first cinema opening in Ireland and the first time an aeroplane was successfully flown in the country.

The Kilfenora Céilí Band has played for dances and performed for concerts all over the country and beyond in the UK and US. After 110 years, their new album ‘Both Sides Now’, produced by the legendary Donal Lunny, is a reflection of how this group has developed and reflected the times they live in with a collection of jigs and reels, beautiful songs and new music composed by their concertina player from Limerick, Tim Collins.

Limerick Post spoke to band leader John Lynch ahead of their performance in Lime Tree Theatre celebrating the release of their tenth album.

John has an obvious passion for music. You can hear it in the pride the group takes in evolving their music, incorporating songs and original compositions into the repertoire beside the traditional Irish dance music that they have played for generations.
“We are a concert group as well as a céilí band. We take our rich musical heritage into the future with a show that is expertly choreographed, with highly rhythmic traditional tunes with beautiful songs. It is feel-good happy, lively music, a mixture of music, song and dance. You get the best the best of both worlds because the show is engaging and utterly enjoyable.”

The band is 13 musicians and they are joined by dancers and singers and staged by their own lighting and sound crew. It is a significant investment in a show that flows through different moods highlighting the many talents on stage – it all comes as a very pleasant surprise to those who come to the show for the first time, as John explains.
“The younger generation buys tickets for their older relations and go along to the show.
“We always go out to meet the audience after the show and invariably the younger people say, ‘we never realised that ye were doing something like this!’
“They were expecting us to be sitting on 10 chairs playing jigs and reels all night!” Laughs.

Legendary Irish musician/producer Donal Lunny (Bothy Band, Planxty, Mozaik) was invited to their show at Everyman Theatre in Cork and afterwards, produced the latest album.
“A fantastic experience for us, a man that is highly respected in the traditional music sector.
“He brought his vast experience to us – a learning curve for us in relation to the backing of the songs. He had a lot of input in the arranging of the music for the album.”

The album features a stirring rendition of the Joni Mitchell classic ‘Both Sides Now’ sung by Edel Vaughan. Tim Collins contributes three original pieces including polkas and waltzes dedicated to a past member of the band.
Simply put, The Kilfenora Céilí Band is a lot more than a céilí band.
Tim adds, “The album ‘Both Sides Now’ and even the song itself are a metaphor for how we have adapted, where the band is coming from and going, representing what we do to be successful as creative and performing artists.”

John Lynch’s family history is intertwined with the band. His grandfather Jonathan Lynch was part of the band at the very beginning when the original incarnation was a brass and reed band.
“We still play pieces that wouldn’t be from the traditional background such as marches and military two steps.”

John’s father PJ and uncle Gerry and aunt Nóirín were members of the 1950s version of the band. Their musical abilities won The Kilfenora Céilí Band three All Ireland prizes in a row. The band became very well known across the country and toured in the UK.
“They were very much in demand nationally and very much in demand internationally.”

In the Catholic Church controlled Ireland of the 1950s, music events would not be organised during Lent at home and led to The Kilfenora Céilí Band making their way to London for gigs in the run up to Easter Sunday.
“In the 1950s, you had more Irish in London than you had at home!”
The band played across the UK and to crowds of 2000 and 2500 in the Galtymore Dance Hall in Cricklewood, North London.

The Kilfenora Céilí Band has created its own compelling set-list, reflecting the times they live in. “You want to make your band relevant in its own time. You have to evolve!’
‘Both Sides Now’ is available from kilfenoraceiliband.bandcamp.com