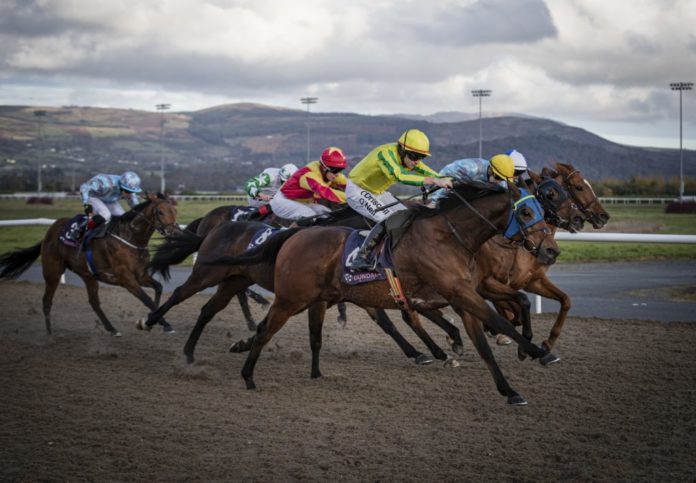 The Enda Bolger-trained Ballyoisin put in another superb performance to win the Grade 2 thetote.com Fortria Chase for the second year running at Navan on Sunday. He ran out a hugely impressive winner on Mark Walsh, jumping brilliantly for the County Kildare jockey as he readily saw off a determined challenge from the Cheltenham Festival winner A Plus Tard, the 5/4 favourite, by two- and three-quarter lengths. JP McManus’ eight-year-old was recording his eighth win from fifteen starts over fences.

Mark Enright rode his second career winner at Dundalk in August 2009 in his days as an apprentice on the Flat and he was back in the winners’ enclosure at the County Louth venue when the Johnny Levins-trained Nigg Bay landed the 6f claiming race on Wednesday.

It was Enright’s first winner on the Flat since August 2012 and he had an easy enough time of it on the 7/1 chance which beat outsider French by a length and a quarter. Chris Hayes landed the DKIT Student Union Race Day Handicap on the Hilary McLoughlin-trained Count Of Carabass.

Owned by the Gold & Blue Syndicate, the eight-year-old was winning for the sixth time in all and notched up his first Dundalk success when beating the gambled-on 5/4 favourite Mutadaawel by three parts of a length at odds of 12/1.

On the first anniversary of his mother Mary’s passing, Hayes made it two winners when he partnered the Aidan Howard-trained Lily Lily Rose to land the second division of the 8f handicap. He got the 13/2 chance home by a neck from Suntory Times.

At Thurles on Thursday, Enda Bolger and Donie McInerney teamed up to win the handicap chase with the gambled-on favourite Everlastingpromise. The 5/4 shot made much of the early running and was back in front early on the second circuit as he beat Great Khan by an easy six lengths in the colours of JP McManus.

Chris Hayes was among the winners again at Dundalk on Friday night where Innamorare won the 8f handicap for trainer Gavin Cromwell. The four-year-old bounced back to form at odds of 14/1 as he accounted for Katiymann by three-parts of a length.

The survey will run for the next four weeks and will be available to complete at race meetings, on the RÁS website and via social media. In addition, every trainer and breeder will receive correspondence with the survey details and HRI will also visit trainers’ yards and stud farms.

The survey is also available to complete at Horse Racing Ireland’s Head Office in Ballymany, Newbridge or online at www.workinracing.ie.

“This is the first time the industry has conducted a survey of this scale and the results will be hugely beneficial to HRI, to develop a specific education and training plan for everyone working in racing and breeding.”