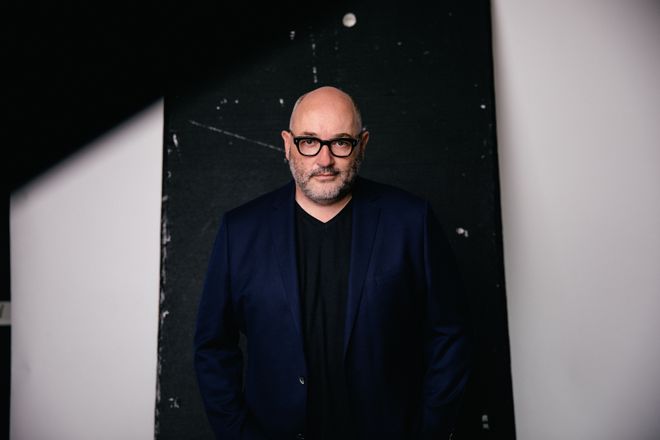 LIMERICK songwriter Ian Dodson will be a familiar name to any out there who remember getting their live music fix at the old Savoy venue in Limerick in the 1980s. His band Those Stilted Boys would play shows alongside Tuesday Blue and A Touch of Oliver.
“There were great venues and people were prepared to put on live bands,” remembers Ian.
“Like most in their 20s you get into it for a few years and life takes over. You end up getting a real job and you realize that music isn’t the path to riches to fame you thought it was going to be. We had three good years doing it.”

Fast forward a few decades and Ian is now based in the US when suddenly three years ago, his long term relationship broke down.
While always an avid music fan, he had not written a line since the 1980s.
“Literally three years ago, while dealing with a whole bunch of mad stuff that was going on in my life, I started picking up the guitar again and started writing songs again.”
These songs make up Ian’s “debut album” called ‘Waxwings’. He goes by the name Jimmy’s Cousin.

His music has picked up airplay on RTÉ and across the BBC regional radio stations. He has formed his own record company and is in discussions to licence the album for a major release in the UK. There is a European tour planned for 2020.
He called his act Jimmy’s Cousin, which is a clever reference failed attempts to establish his own unique identity.
As he tells it – “In a small provincial town I had an older brother named Paul. Everywhere I went I was Paul’s brother. Striking out for New York in the early 90s I relished the thought of being my own person, with my own identity and moved initially in with my American cousin Jimmy. He introduced me to all of his friends and of course everywhere I went in New York for the following few years I was known as…. Jimmy’s Cousin!” 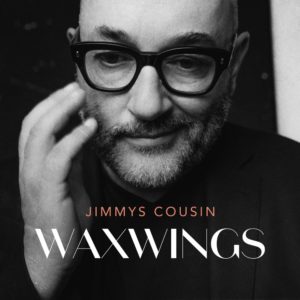 Jimmy’s Cousin makes jazz influenced, ambitious and melodic music. The songs have depth deal with loss but are never maudlin.
“It’s an album about loss, about grief, about broken-heartedness. The end of my own long term relationship. Music has always been my way of helping to deal with emotions.
“It is the quintessential breakup album.”
This deeply personal album looks at the fallout and self doubt from a doomed relationship, sometimes with a sense of humour and Ian brings some hope and a lot of positivity to the microphone.

On the song ‘I’ll Never Love’ he quips,
“I wish that I had thicker skin.
And that I was supermodel thin.
I’ve got this stupid grin

Ian’s songwriting has helped him to deal with his loss. Now as his band have taken this album on the road, he is realising that creating something from a dark place can create art that brings positivity to others.
“The most incredible part of it is the amount of people who have come up to me and said that they have been going through X and I have been going through Y.
“We played in Kilkenny, I met a guy. He lost his wife recently and he said that my album was the only album in his car for the past six months!
“Whatever grief that I was experiencing, it somehow resonates with his own grief as well.
“That is astonishing!”

Great songs need a great band and Jimmy’s Cousin is an assembly of some of the finest players in the country. Musical director is Dave Keary (Van Morrison, Gregory Porter, Taj Mahal).
Dave was one of the first people to hear Ian’s songs. He encouraged the songwriter and started to guide and help and saw the potential in Ian’s material.
“Dave helped to demo the songs. After a year I had 18 songs demo’d. Dave suggested there was great stuff here and we should finish them off and bring them to album. He brought in musicians and produced the record.”
Musicians on the album include Irish stalwarts such as Paul Moore, James Delaney, Karl Geraghty and Michael Buckley.
Jimmy’s Cousin is a great name for a music project. It’s catchy, it hints at the wry humour in the music and is very memorable. I ask Ian is he had considered any other band names before JC?
“Yeah, I wanted to call us Desolation Angels,” laughs. “A friend said it sounded like a dodgy metal band.”
Jimmy’s Cousin (not Desolation Angels) play Dolan’s this Saturday 16.

Before we part, Ian reminds me that his mother, a proud Limerick woman, died of cancer over a year ago. He was fulsome in his praise of Milford Hospice and how his mother and the whole family received incredible support.
“The proceeds from the gig itself and any albums and merchandise sold on the night will be donated to Milford Hospice.”