The Munster Junior Clubs Challenge Cup served up two cracking games on Sunday with Richmond and Newcastle West battling it out at the Canal Bank venue and Abbeyfeale getting revenge for their league defeat with a victory over Mallow. The two cup fixtures, which  involved three Limerick teams, certainly lived up to expectations.

Richmond appeared to be in control of this cup tie after an impressive opening 40 minutes and early in the second half they had a comfortable 18-3 lead over their fancied rivals. Newcastle West’s only score had come from a first-half penalty from Sean Ivess with Richmond well deserving of their 10-3 lead thanks to two tries from Shane Halpin.

Losing three players to a yellow card, the Cullinagh side were disorganised in that first period and it was not surprising that they got a good rollicking from head coach Ger Earls during the break.

Despite that, the expected onslaught from Newcastle West was not immediate. It was Richmond who took up the running as the second half got underway and a well-earned penalty, converted by out-half Sean Considine, pushed the lead to 13-3 with 45 minutes played.

The county side was in disarray and when Richmond’s Considine found a good attacking position from an out of the hands penalty kick, Richmond mauled the ball forward. Stephen Collins found a gap in the defence and raced clear for his side’s third try. Considine missed his third conversion attempt.

The ‘West’ needed the next score and they got it in some style. A series of drives and carries from the pack put the home defence under pressure and the quick-thinking Sean Herlihy took the correct option, popping a perfect cross-kick into the path of Sean Neville who tumbled over the line.

Herlihy’s left-footed conversion reduced the lead to 18-10 and it was ‘game on.’ Watching the video of the last 30 minutes will not make comfortable viewing for the Richmond lads. They were on the back foot for most of the time and a try by Sean Ivess was followed by tries from Cian Mulcahy, Sean Murphy and a late intercept and 70-yard sprint from Brian O’Sullivan that sealed the victory for Newcastle West. Sean Herlihy kicked three of the five conversions.

The last time that these two teams met in The Grove, it was Mallow who came up trumps with a late score. This time Abbeyfeale turned the tables on the Cork side and they did just enough to earn their ticket for the next round where they will meet the winners of the Bandon v Kilfeacle and District second-round game pencilled in for December 22.

It was a cat and mouse game during the early stages with not very much between the sides and all the scores came during the first half. With both sides excellent in defence, tries were always going to be hard to come by and it was Abbeyfeale who got the breakthrough when Jake Quirke got over the line for the important and only try of the game. Derry O’Connor was again outstanding for Abbeyfeale and while Mallow scored a brace of penalties they could not add to their tally in a tense second half.

Derry O’Connor, who converted Quirke’s touchdown, added two penalties to his side’s tally and it proved enough to see them through to the next round. 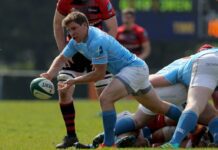 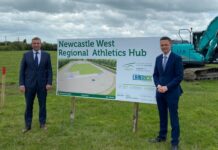 Construction of €3,000,000 Athletics hub in Newcastle West gets under way