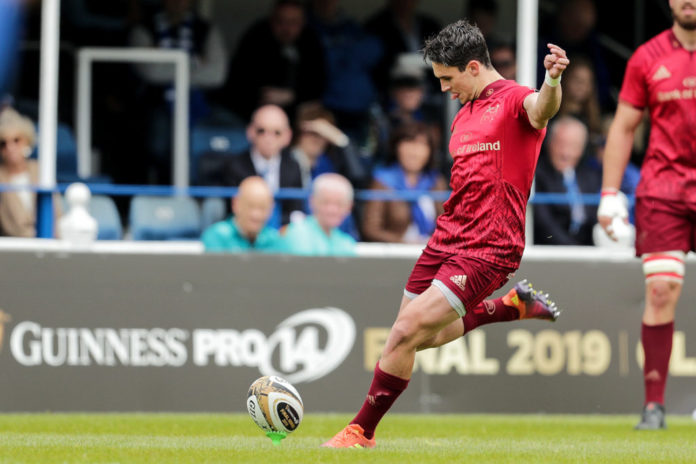 Munster will look to make it two wins from two in the Champions Cup when they entertain Racing 92 at Thomond Park on Saturday evening (Kick-off 5:15pm)

Speaking to the Media this week, Munster Senior Coach Stephen Larkham noted just five injured players in the squad and gave a brief update on the progress of out-half Joey Carbery, who has been struggling with an ankle problem in the last few months:

“Everything is on track for the timeline we’ve given him in the firstplace.”

“He’s not ready to play this weekend, we’ll reassess him next week and see how it goes.”

Check out the full update from Larkham in the video below.