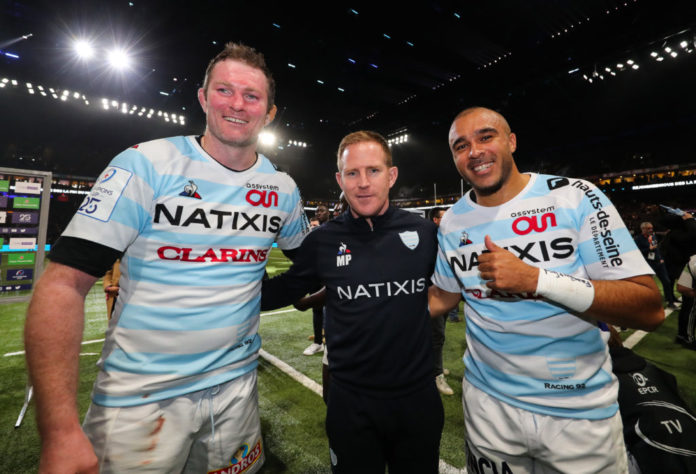 Munster scrum-half Conor Murray is expecting to line up against one of his closest friends with Racing 92 take to the Thomond Park pitch on Saturday.

Simon Zebo is likely to feature for the Parisian outfit and against Munster for the first time since his move to the club in 2018.

Zebo has remained close to his former teammate and says that
it should be a ‘bit of fun’ if they line out against each other at some stage.
“I’d say he is looking forward to coming home to Thomond Park and performing
well in Thomond Park and marking the occasion.

“It’s a cool subplot I suppose. It will create a bit of chat and atmosphere. Take that out of it and you have a Saturday evening 5:30pm European rugby game in Thomond is something that we all love playing in and it’s going to be a great occasion.”

“Racing are a great team. You saw that last week. They were really impressive with their pack and their back line. Really, really impressive and Zeebs got a couple of minutes. Whether he starts or not, I’m sure he will get a good reception in Thomond.”

The teams last met at Thomond Park in 2017 when the home side came out on top of a titanic tussle on a 14-7 scoreline. Murray scored the vital first try in that victory with the game at nil all after an hour. He is expecting more of the same from the French opponents and the Thomond Park crowd when they meet again on Saturday.

“The atmosphere that is going to be created on Saturday is brilliant. It was the same back then. It was a class atmosphere. It was a great week with the buzz building up to it. They are still a class side coming to play us and that’s what we have to focus on.”

“Focus on the job at hand and making sure that we perform well and find a way to win this game. It’s a great fixture and it would be brilliant if we got a win, but it’s going to be a really tough one again I think. One that could come down to the wire. Two good squads going up against each other.”

For Munster forward Tadhg Beirne, it’s an opportunity to pit his wits against one of the province’s finest exports in recent times, Donnacha Ryan. The Tipperary man-made over 150 appearances for Munster and has been a fixture in the Racing side since leaving.

Beirne was an admirer of Ryan’s work from afar and is
looking forward to getting a chance to play against him if selected on
Saturday. “I don’t know him personally, but all the lads speak very highly of
him.

“I watched him before I broke through professionally and he is a serious operator, physical and good at the lineout. He is someone you definitely look at. He is a good player and will be an interesting match up and I’m looking forward to playing against him.”

The big second row/flanker has also been impressed by what new forwards coach Graham Rowntree has brought to the table since his arrival.

“He has brought in a different type of energy. He is a bit old school in terms of some of the things that he does and it’s probably something that we needed in here. He seems to have settled in so far and the boys are bouncing off him. He has been really good so far.”

LISTEN: Billy Lee “It’s essential that we focus our attention on the league”