The Cranberries’ final album ‘In The End’ has been shortlisted in the nominations for Best Rock Album at the Grammy Awards 2020.

‘In The End’, the band’s eighth studio album, features the late Dolores O’Riordan ‘s vocals recorded before her tragic passing in 2018.

Surviving band members Noel and Mike Hogan, and drummer Fergal Lawler restarted work on the album later that year after much deliberation and with the support of Dolores’ family.

“We wanted to finish this album for our dear friend and band mate Dolores. It’s a tribute to her, the band and our fans for the past thirty years. Being honoured with this Grammy nomination has made this whole process even more special,” said Noel Hogan

With the songs at various stages of completion they turned to Stephen Street who produced four of their previous albums including ‘Everybody Else Is Doing It, So Why Can’t We?’. 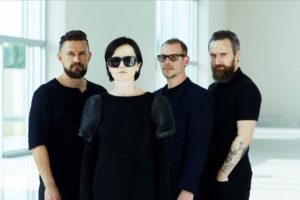 Street built the sounds around Dolores’ vocals from those original demos and the resulting album blends rock, alternative and catchy almost pop-sounding melodies to deliver a classic Cranberries sound.

“Dolores would be so happy with this, she put her heart and soul into her songs and music. For us as her family it’s kind of bittersweet, we’re immensely proud yet saddened that she isn’t here to witness and enjoy this, although I feel that she is in spirit” said Dolores’ mother, Eileen O’Riordan.

Released in April 2019 by BMG the record brings a remarkable career to a fitting and powerful closure, and stands as a powerful testimony to the life and creative work of Dolores and her brothers in music Noel, Mike and Fergal.