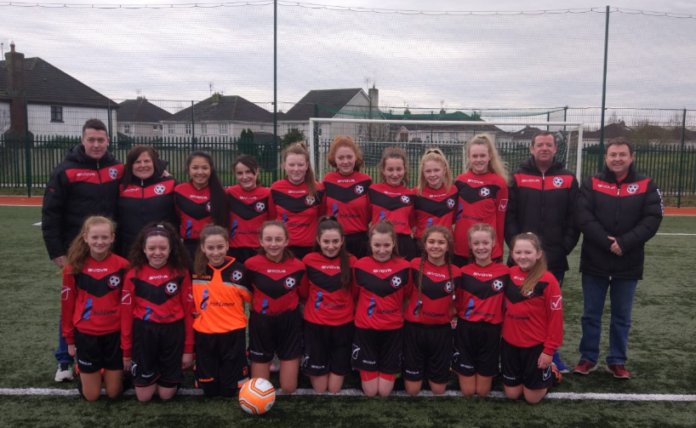 The tournament will host of some of the best women’s team in the country including Dublin’s Peamount United and Shamrock Rovers, Cork’s Wilton United, Tipperary’s Cashel Town FC, Mayo’s Westport FC and Limerick’s Aishling Annacotty along with the hosts Regional United. Games will be run over the weekend starting at 10.30am. Regional United take on Shamrock Rovers at 12.30 in an exhibition match on the Saturday which will be a must watch for any soccer fan. There will be 3 finals on the Sunday morning/afternoon kicking off at 11.00, 13.00 and 15.00. 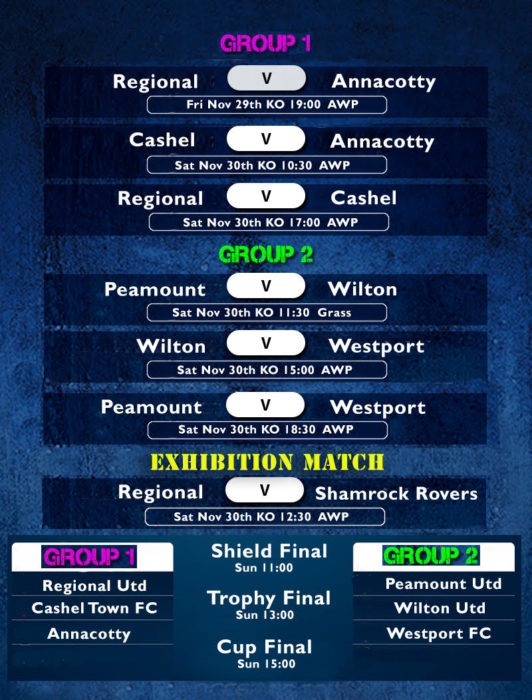 The Regional U16 coaches (Pat Keane, Frank Deery, Rose Benson and Fergal O’Neill) decided to run this tournament as the FAI decided not to have a National Cup competition in the upcoming season for the U-16 grade. This is a very important grade for kids as a lot of clubs begin to lose players to the National U-17 SSE league the following year so U-16, in most cases, is really the last time a team that has been together through the ranks can really go out and showcase what they’ve got on a national level. 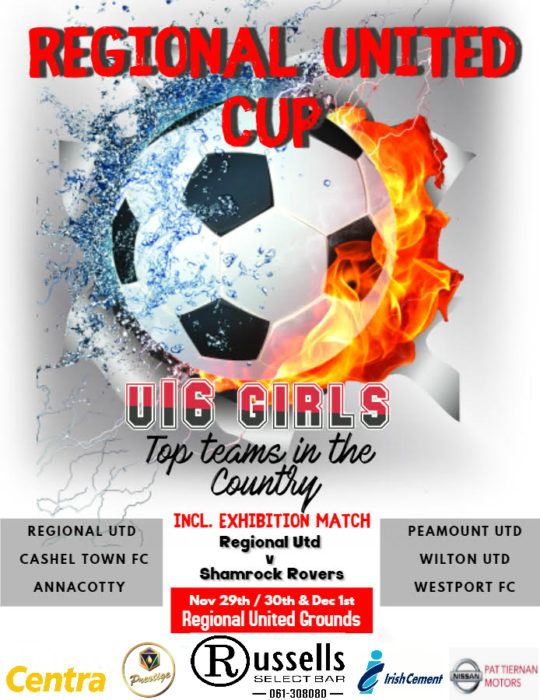 If you’ve an interest in women’s soccer or any budding Stephanie Roche’s in your house we’d highly recommended you get along to the event. Also available at the grounds will be a shop, barbecue and candy floss stall. There is no entry fee to come to the event which was made possible with the support of local business : Russell’s Select bar, Dooradoyle Centra, Irish Cement, Prestige Mobile Dog Grooming and Pat Tiernan Motors.