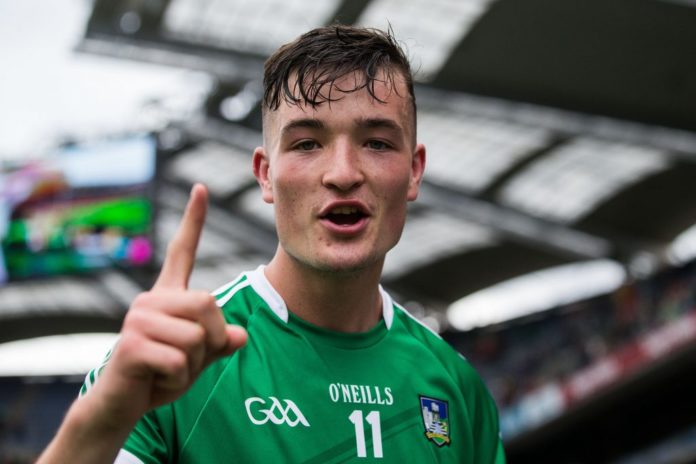 On Christmas Day Cian Lynch and Paul Browne were named in midfield.

While yesterday we had our first forward named on the team.

Now we select a centre-forward.

While he has only been a part of the panel for three years, Hayes has made an enormous impact to this Limerick team.

Arriving fresh into the senior set up straight from captaining the minors to an All-Ireland final in 2016, Hayes was arguably Limerick’s best player in 2017, John Kiely’s first year in charge.

The following year he was Man of the Match in the All-Ireland final, notching 0-4 from play against Galway en route to being crowned Young Hurler of the Year.

A key component of the Limerick system, offering savage workrate from centre-forward, the Kildimo Pallaskenry man is a future Limerick centre-back as he dominated from there in 2017 as Limerick claimed the U21 All-Ireland title.

Has a huge future ahead of him.

Another to come straight from minor into senior back in 2015, Morrissey alongside Hayes forms part of Limerick’s half-forward line which has been widely praised over the past number of years. Deputised as captain in Declan Hannon’s absence in 2019.