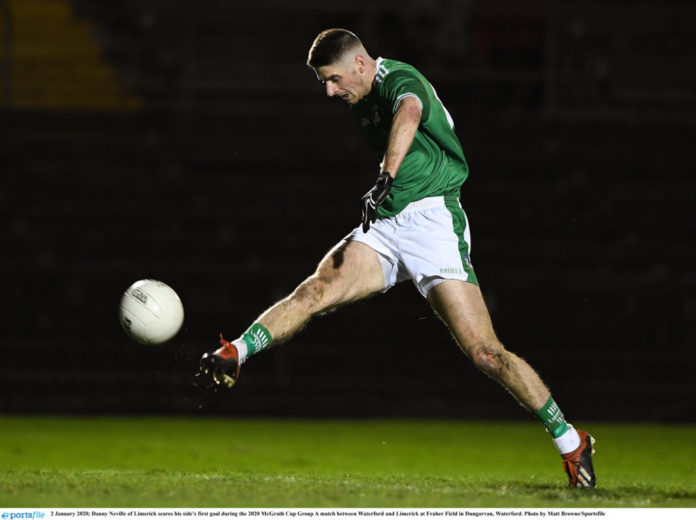 Limerick made it two from two in the McGrath Cup tonight as they defeated Waterford 2-10 to 0-10 in Dungarvan.

The win sees Limerick qualify for the final of the pre season competition.

In a slow moving encounter it took Limerick eight minutes to open the scoring courtesy of Bruff’s Ryan Glynn.

Gareth Noonan would add the next score as Limerick held a two point advantage after 20 minutes.

Waterford opened their account on 22 minutes before Ger Stack replied for Limerick.

The side would exchange scores before Limerick took advantage prior to the break notching 1-3 without reply.

Danny Neville’s goal adding to points from Stack, Padraig Scanlon and Donal O’Sulllivan as Limerick took a 1-7 to 0-2 lead into the break.

However, the home side dominated the second half and seven unanswered scores had them within a point after 60 minutes.

Cillian Fahy extended the lead but Limerick lost Josh Ryan to a red card and Seamus O’Carroll to black.

Waterford responded with a score of their own but Jamie Lee and Seamus O’Carroll eased Limerick nerves as they pushes the lead out to three.

Gerard Stack rounded off the scoring with a last minute goal to seal victory.

In the other group, Cork had a comfortable win over Tipperary meaning it will be a Cork – Limerick final on January 11th.