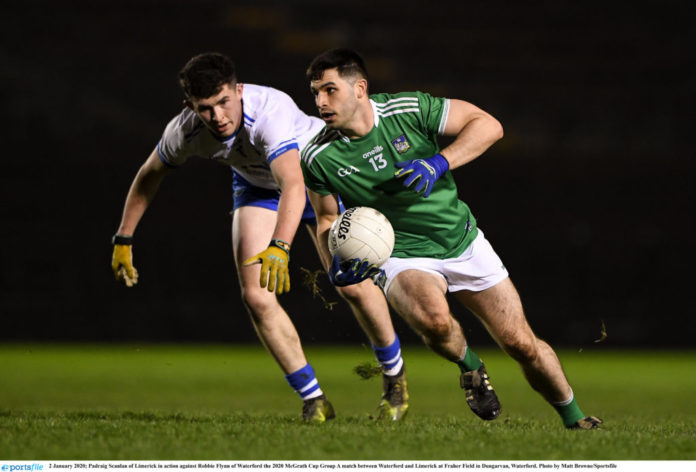 For the second time in four years, Billy Lee will lead Limerick’s footballers into the McGrath Cup final as they face Cork in the decider at the LIT Gaelic Grounds.

Victories over Clare and Waterford ensured Limerick’s progress into the pre-season final where they will meet a much-fancied Cork who have had big wins over Kerry and Tipperary.

While the competition is largely overlooked, the importance of winning cannot go overlooked as he prepares for the commencement of the league later this month.

However, while results didn’t go their way last year, Limerick had a number of positive performances and Lee is hopeful that 2020 will change that, with results to match the performance, continuing on Saturday.

Even as huge outsiders, Lee says his side will approach the game with the same mindset that has delivered two wins thus far in 2020.

The post Lee aiming to foster a winning mentality with footballers appeared first on Sporting Limerick.