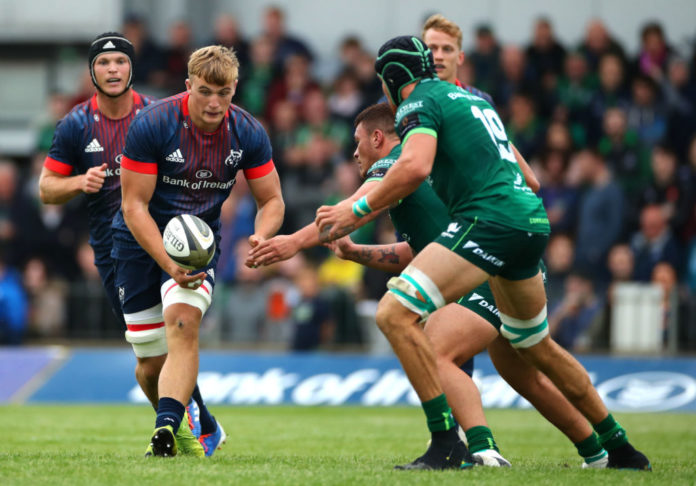 Munster have nominated three players to be added to the province’s Champions Cup squad ahead of Sunday’s clash away to Racing 92 (Kick-off 3.15pm Irish time).

The trio will be swapped in for the departed Alby Mathewson, Jed Holloway and the injured Tadhg Beirne.

Scrum-half Casey and back-row forward/lock Coombes both graduated from the Greencore Munster Rugby Academy in the summer.