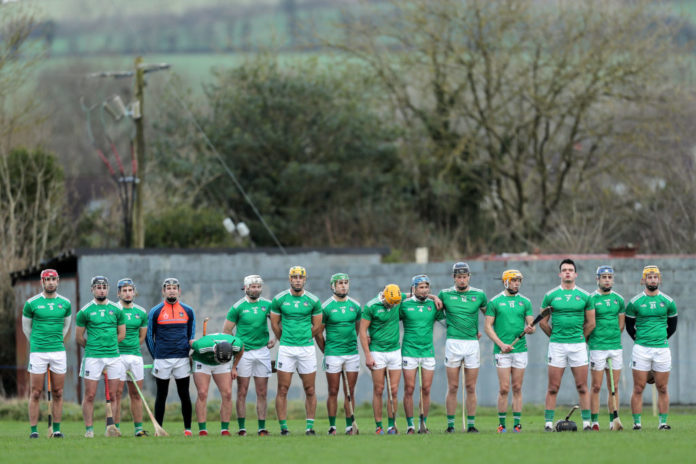 Donal O’Grady will get his first chance at winning silverware as part of the Limerick Hurling Management team when his side welcomes Cork to the Gaelic Grounds on Saturday evening for the Munster Hurling League final.

O’Grady, in his first year as selector with John Kiely’s side, has already seen Limerick pick up wins over Tipperary and Clare in the preseason competition.

This Saturday provides Limerick’s final test before the commencement of the league on January 25 and O’Grady is looking forward to it.

“A great opportunity for us. No better opportunity to get a few weeks out from the league than playing Cork in a final with a trophy at stake.

The lad’s attitude in the last two games have been good. They’ve approached them well and we’re really looking forward to the final.”

John Kiely has named his team for the final and there is a good blend of new and experienced faces sprinkled throughout the 23-man panel.

There is five changes to the team that beat Clare in Sixmilebridge last weekend with the Fitzgibbon Cup contingent missing out with the Third-Level competition kicking off this weekend.

O’Grady commented on the team for Saturday.

“It’s nice to mix it around. We’ve been lucky, we haven’t been decimated by injuries by any means so we’ve had a nice opportunity to mix it around. Obviously with the Fitzgibbon Cup starting this weekend we’ve left them off.”

Up against Limerick will be a Cork side who have also got a 100% record in the competition.

Back under the tutelage of Kieran Kingston, Cork will be aiming for a repeat of the 2017 decider where Cork defeated Limerick in the final at the Ennis Road venue.

O’Grady is expecting a tough assignment from the Rebels.

“They’re a different set up again. They’re free flowing, they move well and I think the Gaelic Grounds is in great nick.

“So for January, there should be a great pace to the game and great preparation ahead of the league.”