COUNCILLORS in the Adare-Rathkeale Municipal District have been accused of depriving Limerick people of a state-of-the-art Great Southern Greenway.

Council members in Newcastle West Municipal District were informed at this Wednesday’s monthly meeting that the six councillors in Adare-Rathkeale had declined to match their €45,000 annual contribution towards the greenway from General Municipal Allocation (GMA) funding over the next five years.

“The greenway will have a huge positive impact, not only on Newcastle West and Rathkeale, but will benefit all of Limerick,” he told council members.

Fine Gael councillor Liam Galvin said he was disappointed that council members in the neighbouring district had decided not to match their €45,000 annual funding allocation.

“This is the single biggest thing to happen to Newcastle West and Adare-Rathkeale districts. They are depriving people of a state-of-the-art greenway. Do we need a special meeting on this?” he asked.

Director of Services for Newcastle West Municipal District Gordon Daly said he did not want the wrong message to leave the council chamber. He was also conscious of respecting the decision of councillors in Adare-Rathkeale. 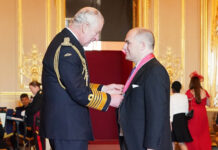