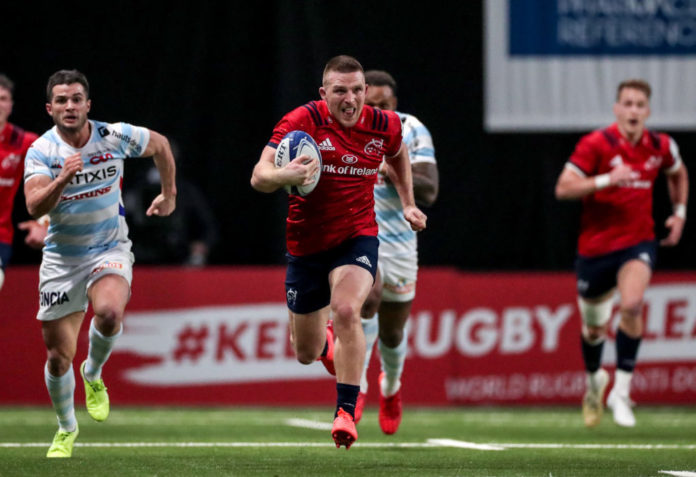 After their Round 5 defeat to Racing in the Champions Cup yesterday, Munster’s chances of progressing to the knockout stages of the competition seem all but lost.

While qualifying is out of their hands, and certainly very slim, there is a way that Munster can still advance.

Eight teams progress to the knockout stages with those being the five pool winners and the three best runners up.

Four of the five group winners have already been determined with Leinster, Exeter, Racing and Toulose all guaranteed top spot in their pool.

Ulster and Clermont will occupy the top two places in Pool 3 regardless of this weekend’s results with both guaranteed to go through.

That leaves two places left in the last eight, one that Munster could secure.

What Munster have to do?

For Johann van Graan’s side, the task is a simple one in theory, a bonus point win over the Ospreys in Thomond Park next week is a must.

A five pointer here would bring them to 16 points overall, one behind Ulster’s current total of 17.

What other results need to happen?

Heading into the final round Munster find themselves in third place on 11 points.

Every other team in second place all have a a superior points total but if results go the Provinces way they could usurp them all.

Saracens, who are in Munster’s group, have 14 points and play already qualified Racing in their final game.

Gloucester and Northampton Saints both also have 14 points at this stage of the competition.

Glasgow Warriors also lie ahead of Munster in the standings with 12 points.

If Munster are to progress then they will need to secure the bonus points and hope that three of those teams lose their final games if they are to progress as one of the three best runners up.

It’s certainly unlikely but not impossible.