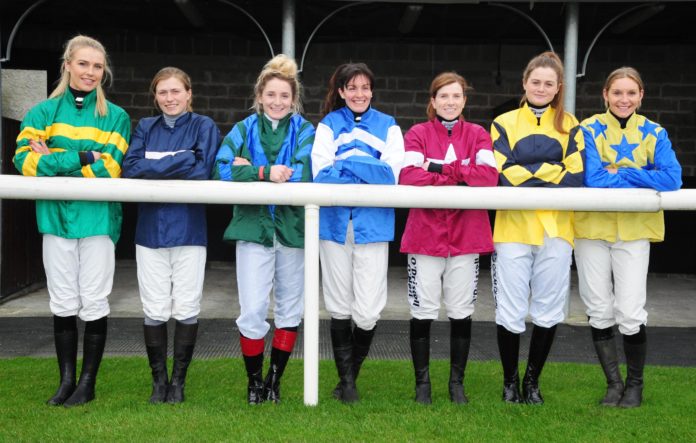 Conor McNamara recorded his 25th career success when partnering the Gavin Cromwell-trained Wolf Prince to win the conditions’ hurdle at Fairyhouse on Saturday. Owned by Patrick Sheanon, the four-year-old was recording his second win when getting the better of the James Nash-trained Hammersmith to score by a length and a quarter under the Rathkeale conditional. The 9/10 winning favourite could well be on the Cheltenham trail with the Fred Winter Handicap Hurdle a likely festival target.

The day got better for the 20-year-old as he went on to record the second his second double when partnering the Shane Nolan-trained Charlie Stout to win the Dan & Joan Moore Handicap Chase, the biggest winner to date for both men. It was comfortable enough for the well-supported 10/1 chance which led over the second last fence and stayed on to beat the Gordon Elliott-trained Avenir D’Une Vie by two lengths.

McNamara said of his second winner:

“I got to the front way too soon and you wouldn’t want to hear the things that I was saying in my head turning for home! He was brilliant for a novice and saw it out really well.”

“It’s great and definitely my best ever day. I did have a double before at Clonmel in early September of last year but this is even better.”

Horse Racing Ireland has launched a series of seven races for female jockeys. Four new races have been added to the racing calendar and along with three existing races, will come together to create The Ladies National Hunt Series.

The first race in the series, The Fairyhouse 2020 Ladies Handicap Hurdle, was the feature race at the County Meath track on New Year’s Day and was won by Aine O’Connor on the Edward Harty-trained Spruced Up, owned by JP McManus.

“The Ladies National Hunt Series is a fantastic initiative by Horse Racing Ireland to create opportunities to heighten the focus on female riders. We have a great bunch of lady riders in Ireland and the seven races will give everyone great exposure, especially high-profile meetings at Gowran Park on Thyestes day and at the Easter Festival at Fairyhouse.”

Thoroughbred breeders, racing professionals, and racing fans turned out in record numbers for the ITM Irish Stallion Trail 2020, which took place on Friday, January 10 and Saturday, January 11, 2020. 30 of Ireland’s leading farms opened their doors for the Trail to provide a showcase for the Irish thoroughbred breeding industry.

This was the sixth edition of the ITM Irish Stallion Trail and farms reported it to be the most successful yet, with a notable rise in attendance and extensive media coverage demonstrating the huge importance of horse racing and breeding in Ireland.

The public appetite for the Trail only seems to be increasing and there were over 2,700 registrations recorded via the ITM website for the various farms, which cover the length of Ireland, from County Cork to County Down.

“The ITM Irish Stallion Trail has become an annual highlight for both breeders and racing fans. The 30 farms involved put in a huge amount of work to promote the event and showcase the world-leading Irish stallion roster.”

“At the same time, the Trail serves to offer racing fans behind the scenes access and provide significant public outreach for the racing industry in general. ITM would like to thank all breeders, racing professionals, media, and fans who joined the ITM Irish Stallion Trail in 2020. We also owe a huge debt of gratitude to the farms that so generously opened their doors and wish them every success for the 2020 covering season.”