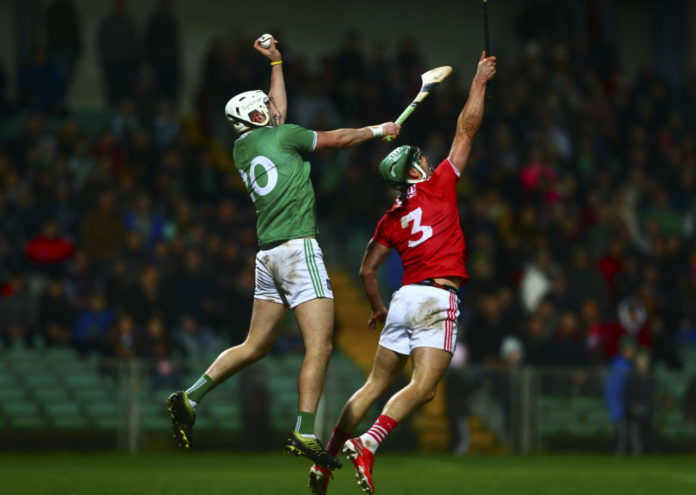 Limerick concluded their preseason by beating Cork in the Munster Hurling League final last Saturday winning out 1-32 to 0-20.

That brought the competition to an end with the Allianz National Hurling League commencing on January 25th with a clash with Tipperary in Semple Stadium.

For John Kiely and his Limerick senior Hurling team, their Munster Hurling League campaign could have hardly gone any better.

The title was secured with three wins from three and an average winning margin of ten points.

Welcoming the All-Ireland Champions to the Gaelic Grounds, Limerick controlled the contest from start to finish but left it late to ensure the win.

Limerick lead 1-10 to 0-9 at the break with the goal coming from Adrian Breen.

Tipperary did level midway through the second half before David Dempsey’s goal helped Limerick to cruise home.

Limerick booked their place in the preseason final with a win over Clare in Sixmilebridge.

Kiely’s side led by as much as eight points in the first half as Clare struggled to come to grips with a youthful Limerick side.

David Reidy’s goal in the second half saw Limerick into a twelve point lead before a late consolation goal from the Banner.

Limerick saved thier best for last as they blitzed Cork in the Gaelic Grounds.

The first half was very even with Limerick taking a 1-14 to 0-14 advantage into the break with Aaron Gillane’s goal the difference between the sides.

However, Limerick completely blew away their opponents in the second half, having fifteen points to spare against the Rebels.

There were six players to make their Limerick debut’s during the competition in Darren O’Connell, Brian Ryan, Brian O’Grady, Mark Quinlan, Josh Considine and Jerome Boylan.

Adrian Breen and Mark Connolly also returned to the panel. Breen was named in the 2019 squad but missed out through injury while U20 captain Connolly didn’t make the championship panel last year.

Of the twenty players that featured against Kilkenny in last year’s All-Ireland semi-final there were six that missed out on the Munster Hurling League entirely.

Kyle Hayes was named among the substitutes for the Clare clash but didn’t play before missing the final as he started at centre-forward for UL in the Fitzgibbon Cup last Sunday.

Declan Hannon, William O’Donoghue, Peter Casey, Pat Ryan and Shane Dowling all missed out through injury with the latter pair likely to miss the League also.

David Reidy took on the free taking duties with aplomb during the competition and finished as Limerick’s top scorer with 1-29 (0-29f, 1 65′).

He was one of three players to score in each game with Tom Morrissey (0-8) and Darragh O’Donovan (0-3) also finding the target against Tipp, Clare and Cork.

Adrian Breen was the second highest scorer overall with 1-9 while Limerick’s other goalscorer David Dempsey finished with 1-6 from his three outings.

In total, 19 out of the 29 players that featured scored at least a point with Darren O’Connell, Brian Ryan and Josh Considine all finding the target on their debut.

Limerick face Tipperary in the opening round of the Allianz National Hurling League on January 25 in Semple Stadium.

They welcome Galway to the LIT Gaelic Grounds a week later in their second tie.