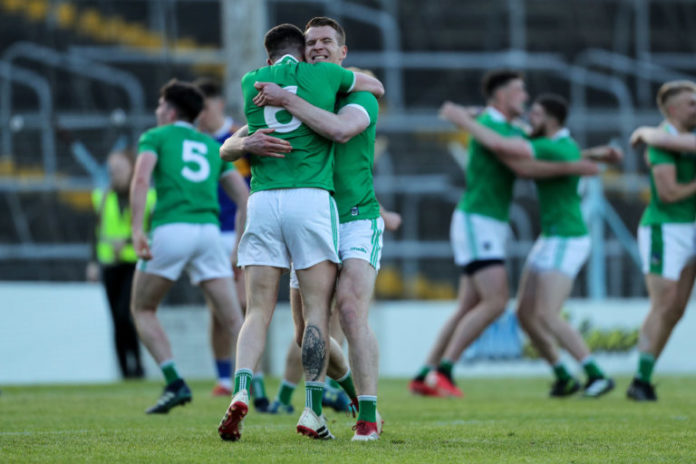 Limerick’s senior footballers earned their second win on the trot in Allianz League by beating London 0-8 to 0-7 in Mick Neville Park.

It was a hard fought victory over a London side that thrived at times in the wet and windy conditions in Rathkeale.

London raced into a 0-3 to 0-0 advantage, but Padraig de Brun and two frees from keeper Donal O’Sullivan levelled the game in the 25th minute.

Limerick then took the lead for the first time thanks to a Jamie Lee free and went in at half time 0-4 to 0-3 ahead.

London squared the game up early in the second half, but efforts from Lee, Seamus O’Carroll and Danny Neville put Billy Lee’s men three points clear.

The visiting side scored the next two points, but Lee’s third free of the game saw Limerick home. London did put one point between the teams late on, however, it was Limerick that made it two wins from two.