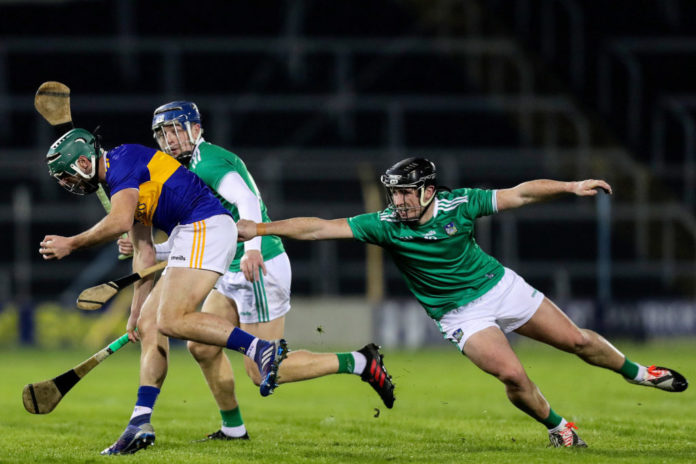 So far we’ve had two rounds of the 2020 Allianz National Hurling League with four sides boasting a 100% record and three more yet to a pick up a point.

Current champions Limerick have started like a train and are poised to defend their title but will face stiff competition once again.

Below we examine the games thus far and present our first power rankings of the year.

Carlow’s seven-point loss to Dublin is the closest any of these teams have come to winning with a clear gap between the top nine and the rest.

The average losing margin of 13.5 does not bode well for any of these sides.

Tipperary are one of, if not the best team in the country, their All-Ireland title with attest to that. However, the league has not gone to plan for Liam Sheedy’s men who have lost to both Limerick and Cork.

This follows on from two losses in the Munster Senior League as Sheedy is clearly trying to bed in new players.

However, their talent pool is still one of the best and both losses were by a combined total of three points.

There is every possibility that they will win their two remaining games against Waterford, Westmeath and Galway to qualify for the quarter-finals.

Another with a win and a loss from their two games but manager Mattie Kenny will not be happy with the manner of their twelve-point loss to Kilkenny despite their numerical advantage.

The win against Laois will ease some of the trauma from last years defeat in the championship but there is still so much work to do in the capital.

Galway are hard to judge having easily overcome Westmeath but struggling for large parts against Limerick in their only real test thus far.

Another team who are relying on the same faces with Joe Canning’s injury a blessing in disguise with other having to step up in their talisman’s absence.

Walsh Cup winners Wexford started their league with a heavy win over Laois before falling to Clare last weekend.

That loss to the Banner in Wexford Park will leave a sour taste in the mouth of Davy Fitz but after winning the Leinster Championship for the first time in fifteen years last summer, the championship will be the main priority once again.

It has been a mixed return to the Cork set-up for Kieran Kingston as he saw his side lose to Waterford before beating Tipperary in Pairc Ui Chaoimh.

Kingston will be happy however, having only lost to Waterford by a point in Walsh Park and defeating the All-Ireland champions last weekend.

Kingston will be looking to introduce more fresh faces with the same players dominating the scene.

Brian Lohan’s Clare are the only other side with a 100% record with victories over Clare and Wexford.

What will be most pleasing to the Banner is the return to form of 2013 Hurler of the Year Tony Kelly who has been excellent thus far.

David Fitzgerald’s move to the forwards seems to have plugged the gap left by All-Star Peter Duggan. They should continue their winning ways against Laois in a fornight.

New manager Jerome Cahill has bedded in well with the Déise who have accounted for both Cork and Westmeath thus far.

Stephen Bennett has been in blistering form for the side with 2-19 from the two games as Waterford picked up from an impressive 2019 League campaign.

Up next is Limerick in the LIT Gaelic Grounds which will show how far this side have come.

Last years All-Ireland finalists are motoring away quietly and are one of four teams with a 100% record after wins over Dublin and Carlow.

Both wins saw Brian Cody’s side score 3-21 with a clear attacking intent from the Cats. Their win over Dublin is made all the more impressive considering they played with 14-men for majority of the game.

Furthermore, they have been without the considerable Ballyhale Shamrocks contingent who retained their All-Ireland Club Title.

As they were in 2019, Limerick are the early pace setters in the National Hurling League. They started their campaign with arguably their worst half under John Kiely but responded brilliantly to overcome a ten-point deficit to beat the reigning All-Ireland Champions Tipperary in Semple Stadium.

They followed it up with a comprehensive win over Galway in the Gaelic Grounds last Sunday. Fringe players like David Dempsey, Barry Nash and David Reidy have starred thus far with John Kiely continuing to bolster his squad