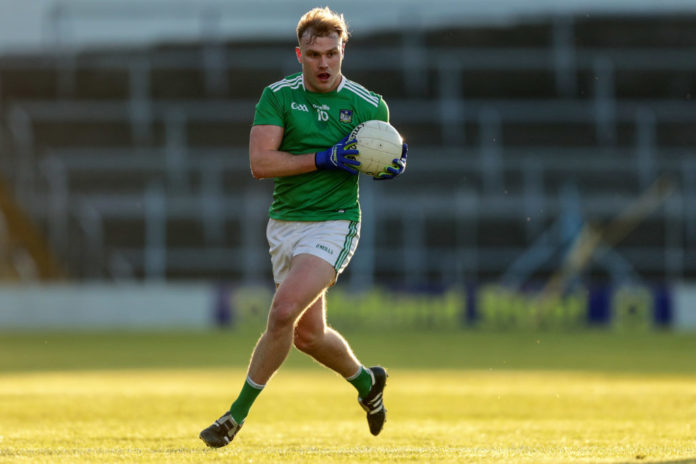 Limerick’s footballers made it three wins from three with a 1-7 to 0-9 win over Carlow at Netwatch Cullen Park.

Billy Lee’s charges trailled 0-9 to 0-6 heading into added time, but a Bob Childs goal and an Iain Corbett penalty saw them to a sensational victory.

Limerick were aided by a gale force win in the first half, but it was Carlow that made the better start.

Tony McCarthy and Jamie Lee had wides before Paul Broderick gave the home side the lead with a fine free into the breeze in the second minute.

It was a similar story for large parts of the first half as Limerick had plenty of possession, but were unable to force a way through a Carlow side that flooded back inside their own ’45.

Broderick was in superb free taking form into the breeze and further efforts in the 8th and 15th minutes saw them 0-3 to 0-0 ahead.

Carlow also had a goal chance through Diarmuid Walshe, but Donal O’Sullivan’s outstretched leg diverted the ball wide. Broderick point the ’45 to stretch their lead to three.

The same man put Carlow four points clear, before Limerick finally got on the board through Cillian Fahy.

Two Adrian Enright scores followed and Billy Lee’s men went in all square at the break thanks to an outstanding Bob Childs effort from the right wing.

Limerick went two points clear early in the second half through Jamie Lee and Danny Neville, but Carlow hit five in a row to lead by three going into added time.

However, Limerick produced a dramatic comeback thanks to Bob Childs’ goal and Corbett’s penalty.