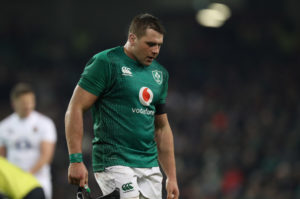 Munster senior coach Stephen Larkham was up before the media this week as the province get ready for their Pro14 return on Friday against the Southern Kings.

Larkham heaped praise on the Munster players that have been in superb form during Ireland’s wins over Scotland and Wales.

“CJ’s had two man of the match performances and I was impressed with Bomber (Andrew Conway) on the wing and Earlsy when he came on and Conor has been playing exceptionally well. If I look at it from a backline perspective, those guys are doing great.

“Then Pete, CJ and Killer (Dave Kilcoyne) have all had outstanding performances. It was an excellent performance by Ireland (against Wales) compared to the week before.

“It was another level. They controlled it exceptionally well and ran all over it in the end.”

Click below to watch the full video with Munster senior coach Stephen Larkham.