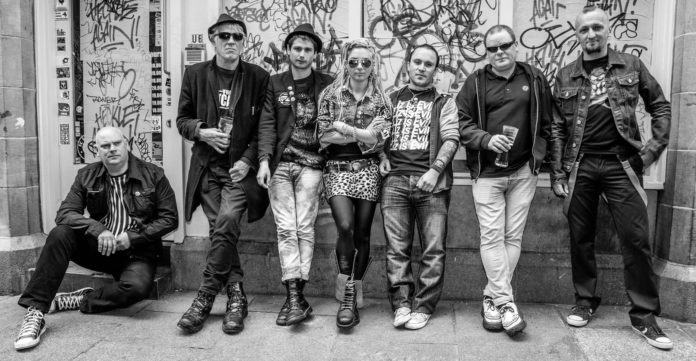 OVERDOSE 2.0 is an all day punk festival happening in Limerick this weekend.
Featuring some of the best punk acts in Ireland at the moment, the line up so far is The Nilz, Audible Joe’s, The Turn, Dirty Casuals, No Collusion, New Age Messiah, Miss Fragile, The Lord Reverend Mongo Joans and more.

Hugely anticipated here in the city is the appearance of legendary Dublin punks Paranoid Visions playing Limerick for the first time in 30 years. Paranoid Visions originally formed in 1982 and played support slots for The Sex Pistols and the Damned’s 25th anniversary in 2001. This is the first time the band have played Limerick since their storied Savoy show in 1991, a gig that was immortalised on the release of the band’s live album.

The band has been going through a really prolific period, releasing several studio albums. they are playing large festivals in the UK, Europe and the US and collaborating with Steve Ignorant (CRASS) and TV Smith (The Adverts).

The festival is once again organised by hometown heroes, The Turn.
Unfortunately this show will be the last live show from the Limerick band who call it a day after the festival.
“The Turn exploded onto the scene back in 2016 with their well received ‘Rough’ EP, and have played some unforgettable shows here in the city, as well was some blistering and memorable shows right across the country,” reports Wired FM’s Ray Burke. Ray is a big supporter of punk/ indie music in the city through his weekly radio show.

This is an un-missable event for punk fans everywhere, the acoustic folk/punk duo Death By Washboard is the first act on at 1pm.
Paranoid Visions play Overdose 2.0 at Costello’s Milk Market Bar on Saturday February 15.