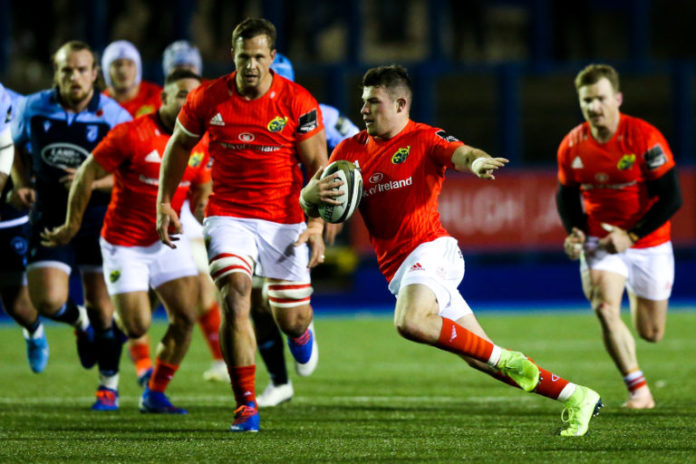 This Friday evening Munster return to competitive action when they welcome the Southern Kings to Irish Independent Park in the Guinness Pro 14.

Munster’s last game saw they overcome Ospreys with ease in the Champions Cup but fall short in their bid to qualify for the knockout stages in Europe.

In that game, Calvin Nash made his European debut and shone in Thomond Park.

On Friday he starts again and earlier this week we caught up with the young winger as he described his breakout moment, taking his chances with Conway and Earls away and the influence of Stephen Larkham.

The post WATCH: “It’s almost like a dream come true”-Calvin Nash on his European debut appeared first on Sporting Limerick.