McMahon was hot favourite, especially given her #1 rival over the last few years, Catriona Casey, was not in the draw. The Limerick woman comprehensively saw off Sinead Meagher 15-2, 15-3 in the SF, with 5 time Champion Aisling Reilly also cruising through, defeating teenager Mollie Dagg in two games.

In the Final, Martina wowed the crowd with her usual attacking play and long-range shooting, but Reilly proved crafty and caused plenty of problems herself. A 15-6 opening game win for Martina left Reilly with an uphill battle, but she did fight back to hold a 10-6 lead in the second before succumbing 15-11.

Watch the final winning point below. 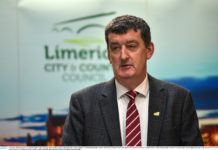 John Cregan: “Our volunteers and their clubs have a great capacity to respond in times of difficulty”