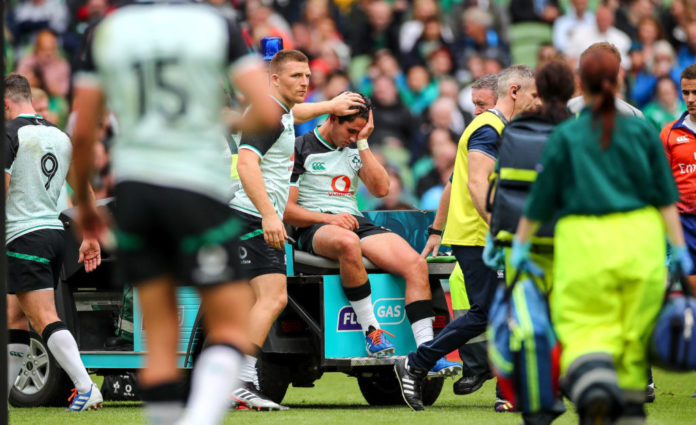 Joey Carbery’s season could well be over after the out-half underwent ankle surgery over the past few days while rehabbing a wrist injury.

Carbery has been out of action for Munster since the start of the year after suffering the wrist injury against Ulster.

He did suffer an ankle injury prior to the Rugby World Cup but recovered enough to feature against Japan, Samoa and New Zealand.

Carbery was ruled out of the Six Nations with the wrist injury but is now poised for an even longer spell on the sidelines.

Elsewhere on the injury front Niall Scannel and Shane Daly have undergone scans after the Zebre clash.

Scannell was replaced after 20 minutes with a leg injury while Daly pulled out of the XV prior to the game with hip stiffness.

Craig Casey has returned to training after an x-ray confirmed he didn’t suffer a fracture in his hand last Friday.

Once again Jack O’Donoghue and Chris Farrell have returned to the Munster camp with no Six Nations action this weekend.

Both are in contention to face Benetton in Thomond Park this Saturday.